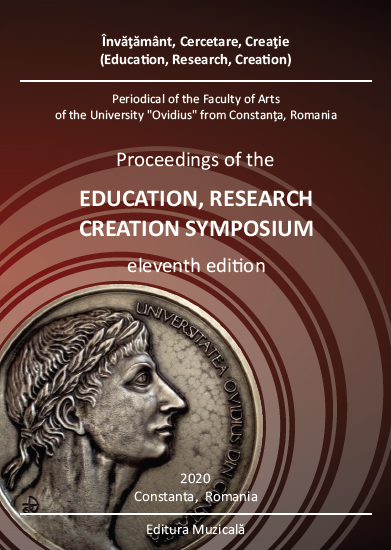 Summary/Abstract: Certain works were promoted with insistence, to give an example in darker periods of our modern history, works that have been completely forgotten today. It is natural, some of them did not resist the musical value site as well from the interprets point of view as from the perspective of an eclectic stylistic diachronicism, specific to the musical composition domain, in the 20th century. In Romania,’The Obsessive Decade’ (of the 1950s) marked a repositioning of the entire compositional thinking, as well as a constant promotion of some authors, who ideologically and musically credited the massive infusion, after the Second World War -in regression terms- of the Romanian Socialist Realism’s Aestetics after Zhdanov thesis, with the excesive use of the basic characteristics of urban genres loved by the popular masses, trated in a simplified stylistic manner, exactly on the taste of the new political and ideological vision’s order. A refreshed analysis of a constant apreciated opus by the violin and piano players, such as that of the Suite in the Romanian Style op 1 by Dumitru Bughici, is required in order to outline, in retrospective manner, a musical stylistic image of a different musical production of those times. Also we are interested to be reconsidered the time test value of some works of the young composers of the times, in the general context of the 20th century History for the Romanian Chamber Music creation.