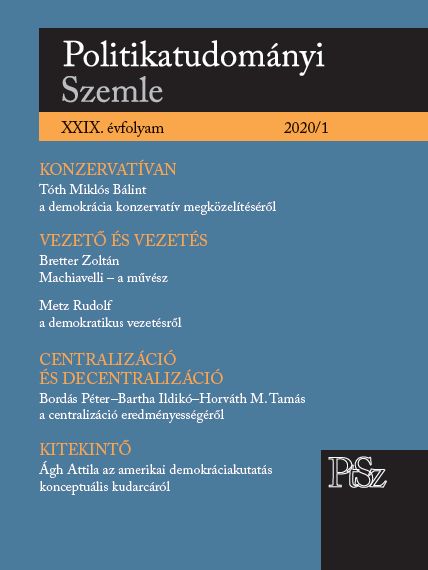 Summary/Abstract: The ruling paradigm of democracy research for decades has been formulated by Huntington in his book on the Third Wave, which states that the process of democratization has reached its third, global wave, therefore democratic transition and consolidation have become the key terms of democracy theory. In the big euphoria of democracy, however, it was forgotten or marginalized that Huntington had also predicted recession or a counter-wave between particular waves, and referred that such a counter-wave might also follow the third wave described by him. The positive scenario of democratization remained valid until the late 2000s, moreover, the topic of recession was not discussed meaningfully either, as if global democratization had reached the point of no return. But in the 2010s there was a sharp turn in democracy theory and the global counter-wave has become the central topic of democratization. It has also produced the conceptual failure of the previously dominant American democracy theory. In such a way, the crisis of global democracy has come “home” to the US in the second half of the 2010s. This paper, from the huge literature of democracy research, only deals with the conﬂict between the mainstream concepts of US and European democracy research, and its implications for the East-Central European region.