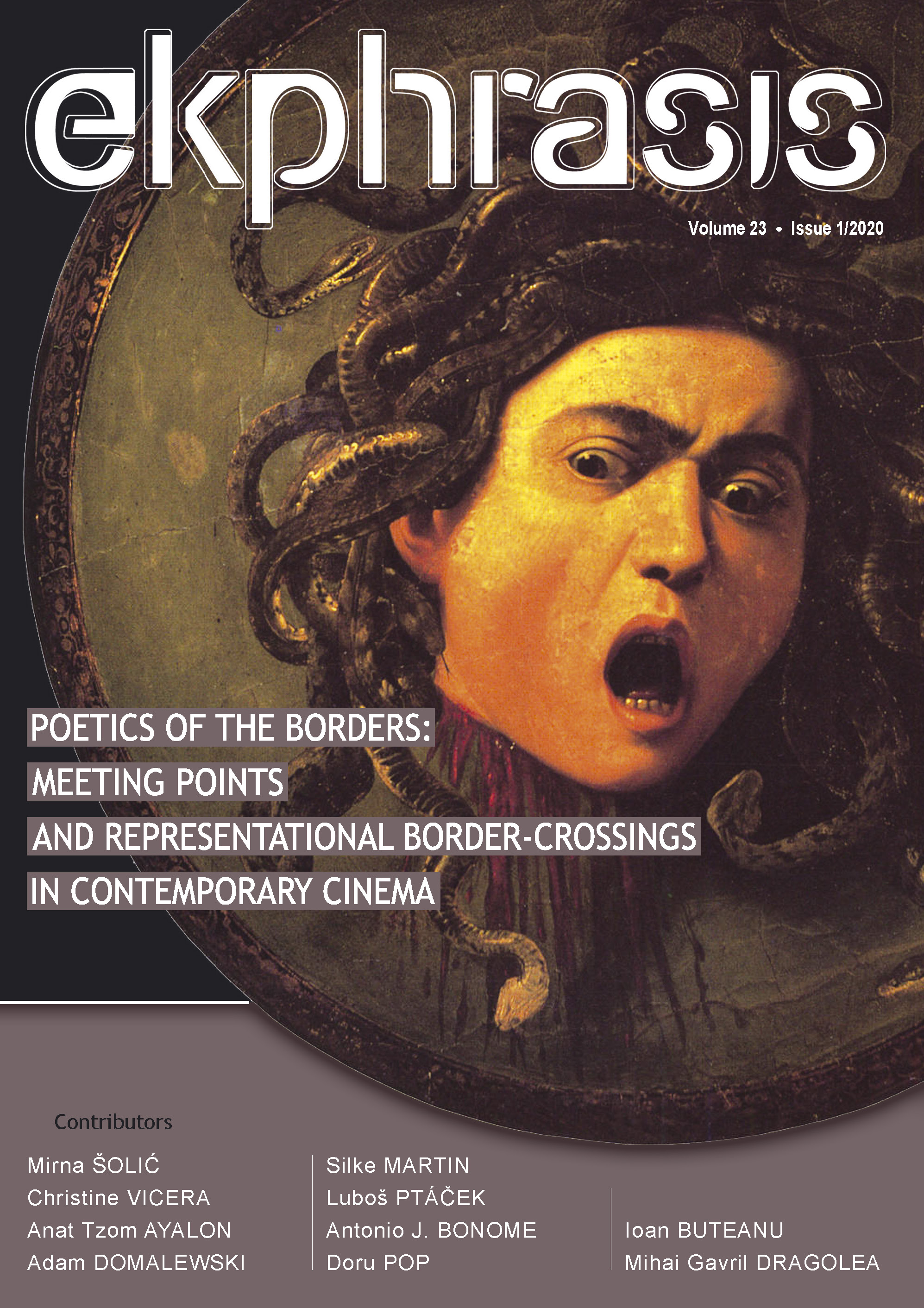 Summary/Abstract: A distant image of a boat adrift in the Mediterranean Sea, with thirteen refugees on board. Taken from a YouTube clip, the image is dealt with and stretched in slow motion. The unsynchronized soundtrack is composed of faceless voices of migrants and refugees. The fragmented soundtrack and the“processed” still frame repetitive image underscore that Havarie [Collision] is a documentary which engages not only with the refugee question. It also reflexively questions the conventions governing the representation of suffering in the media. While the visual image is undermined, the voice assumes a significant role. Thus one’ attention is drawn to listening to voices expressing their traumatic experiences of migration. The human voice is perceived as an inner expression of trauma, a vehicle that embodies ethical significance (Caruth, “TheWound” 8-9; Dolar 86) Jacques Derrida talks of specters that haunt Europe, spirits whose evasive presence cannot be controlled nor silenced (xix). Hamid Naficy shows that exile cinema emphasizes the voice, different languages, and accents (18-38). It undermines the hegemony of the picture and modernity, and moves towards the acoustics of exile that mixes the pre-modern and post-modern. I would like to argue that the divide between image and voice has ties with Jean-François Lyotard’s concept of le différend – a term relating to languages that never meet and are untranslatable, as long as one language enforces itself on and silences the other (13). In addition, I would like to connect the film’s faceless voices with the ethical concepts of Emmanuel Levinas: he intertwines the term “face” (le visage) with “the said” (le dit) and seeks a moment of epiphany through face or language (that are not necessarily visual or verbal), a moment which impels us to listen and arouses our ethical responsibility toward the Other (Totality; “The Saying” 5-7). I suggest that the film’s faceless world, where thirteen men wait for a rescue that never arrives, forces one to reflect on one’s blindness and deafness while watching the Other.