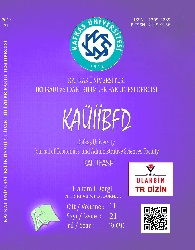 Summary/Abstract: Palestine is not only a struggle for land but it’s also Palestinian people’s fight for a vital being. Every land that has been losing means that thousands of families become homeless. But Western states view it as a political problem rather than a humanitarian drama. Even though there are decisions taken by the United Nations Israel ignores them all. In addition to physical division and a difficult life standard the Palestinians are divided between two different organizations politically; Hamas and Fatah. Fatah has been criticized by some Palestinians because of its relations with Western states. Hamas is experiencing a crisis of legitimacy because of not abandoning the armed struggle. Hamas has been seen as a terrorist organization in the eyes of Western states and Israel. The aim of this study is to reveal the effect of the split between the two actors on the Palestinian resistance by mentioning the differences and competition between these two organizations. The study will also include official statements of the leaders of the organization and Palestinian bureaucrats.