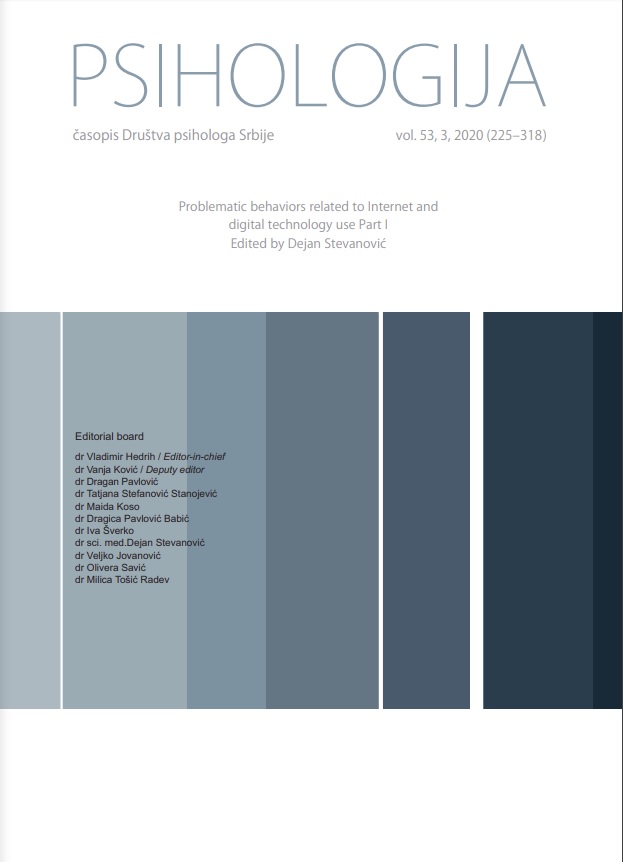 Summary/Abstract: Within recent years there has been increasing societal concern around the compulsive and excessive use of digital and Internet-enabled devices, such as the use of social media or online video gaming, and associated psychological and physical harms. However, problematic use or addictive behaviours are not yet included as diagnosable mental health issues in any major diagnostic system in Western countries and the conceptualisations of the phenomena are still inconsistent. To address this issue, the present study reviewed the current conceptualisations of digital addiction used within the research literature and identified common features of the definition of digital addiction. Definitions of the phenomenon were extracted from 47 studies, and they were analysed using a content analysis approach. The initial process assessed definitions for features of digital addiction within Internet, gaming and smartphone addiction. Two higher-order themes were identified, which focused on the harm caused by the phenomenon and on the user’s behaviours associated with the phenomenon. It was also found that key constructs are not specific to the usage domain, i.e. whether it is related to gaming, Internet or smartphone use. Several core features were found across different conceptualisations of digital addiction within the literature; however, it was also noted that some features are subjective and inconsistently applied. If a decision is to be reached on whether the phenomenon is a mental health disorder, then clearer definitions must be created.