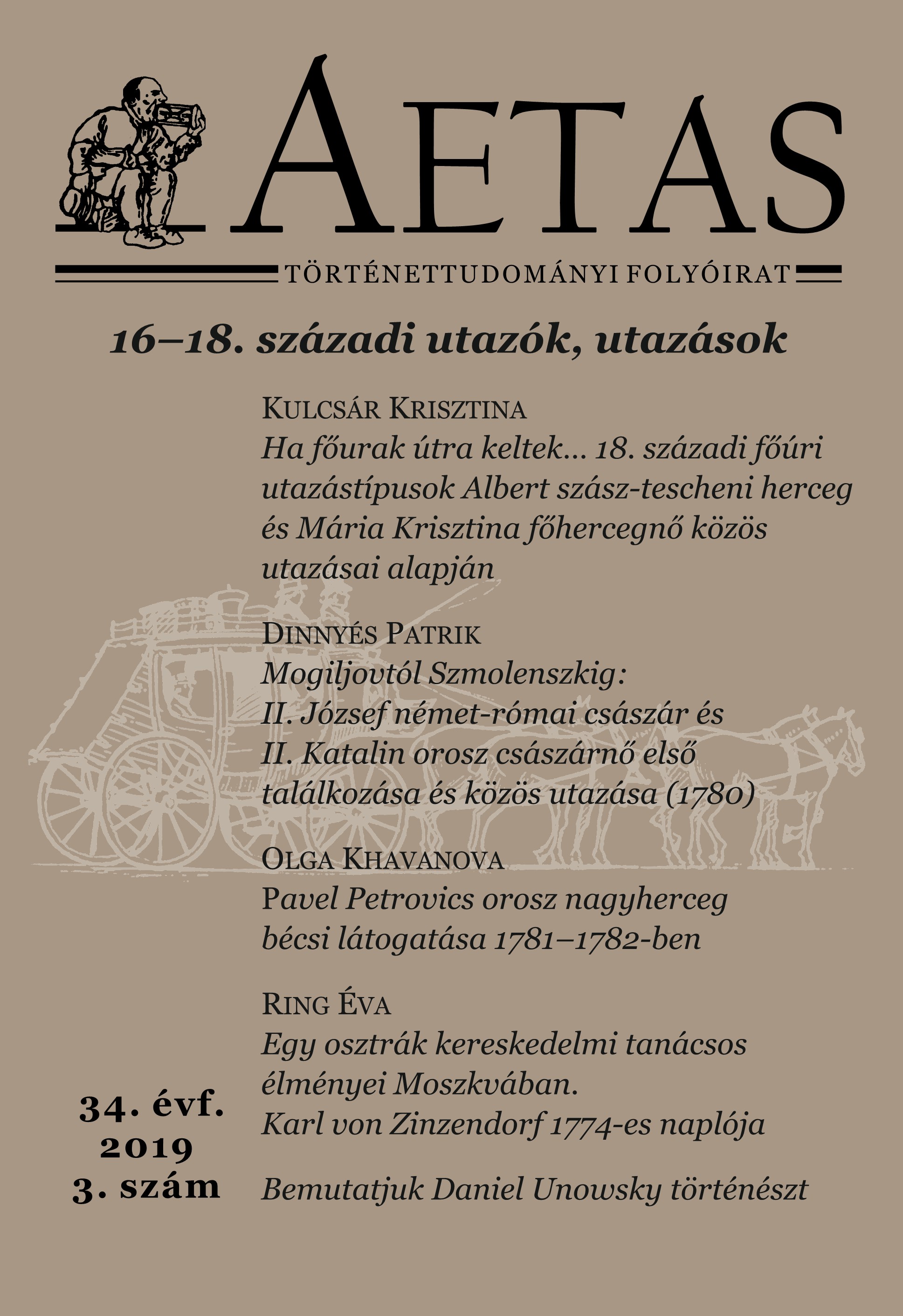 Summary/Abstract: A Hebrew manuscript was found in the Library of Jews’ College, London in 1912, written by Jewish wine merchant Dov Ber Birkenthal (1723-1805) from the region of Galicia, which was at first part of the Polish-Lithuanian Commonwealth, then belonged to the Habsburg Empire. The manuscript was translated by Mark Vishnitzer in 1922, and it was published in English under the title The Memoirs of Ber of Bolechow. Due to his secular education and language skills Birkenthal was an important figure in the events that shaped the lives of the Jewish people in the era, and he participated in the theological debates between the talmudists and the frankists as an interpreter. This was the source of his other work, Divrei Binah. As a wine merchant he travelled the 18th century North-eastern Hungary, especially the Tokaj-Hegyalja region, and during the last decade of his life he wrote a memoir recording his experiences. This work provides valuable information about the Jewish community in 18th century Poland, as well as the Jewish-Christian relationship. The author also retells the political crisis and first partition of Poland. Through his memories we learn about the 18th century Tokaj-Hegyalja wine trade, and we can follow the routes of wine transportation. The social network of the Bolechow merchant is also clearly identifiable, even though it was probably even more extensive then what we see in the memoir. We can also read about the business relations of merchants from different ethnic backgrounds, the financial circumstances of the time, as well as a method of wine fraud.