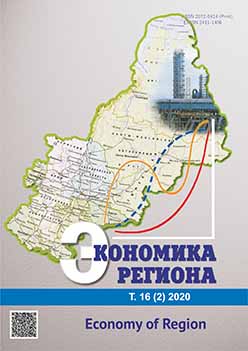 Summary/Abstract: The use of sanctions as means of coercion and motivation is not always effective. Ruling elites have an ability to shift the burden on less protected population of the country despite the risk of social unrest. The paper aims to perform an empirical analysis of the impact of economic sanctions on the population of the target countries in general and its individual groups in particular. We test three hypotheses: about the negative impact of economic and financial sanctions on the welfare of the poorest people, about the nonlinear relationship between economic growth and income inequality, and about the impact of country characteristics and the duration of sanctions on income distribution. Having applied econometric modelling to panel data, we found that economic and financial sanctions are detrimental to the low-income population and inappropriate for policies aimed at reducing income inequality. Indicators of economic growth can be linked with both an increase and a decrease in economic inequality due to the nonlinear form of their dependence. Regional characteristics of the countries of Africa, North America and South America determine their propensity to a higher level of inequality, as well as the long duration of sanctions. Finally, sanctions are not harming the richest people, as they are able to shift the burden of sanctions on the rest of the population. The research is relevant in practice, as its results can be taken into consideration when developing a sanctions policy to minimize harmful consequences for the civilian population.