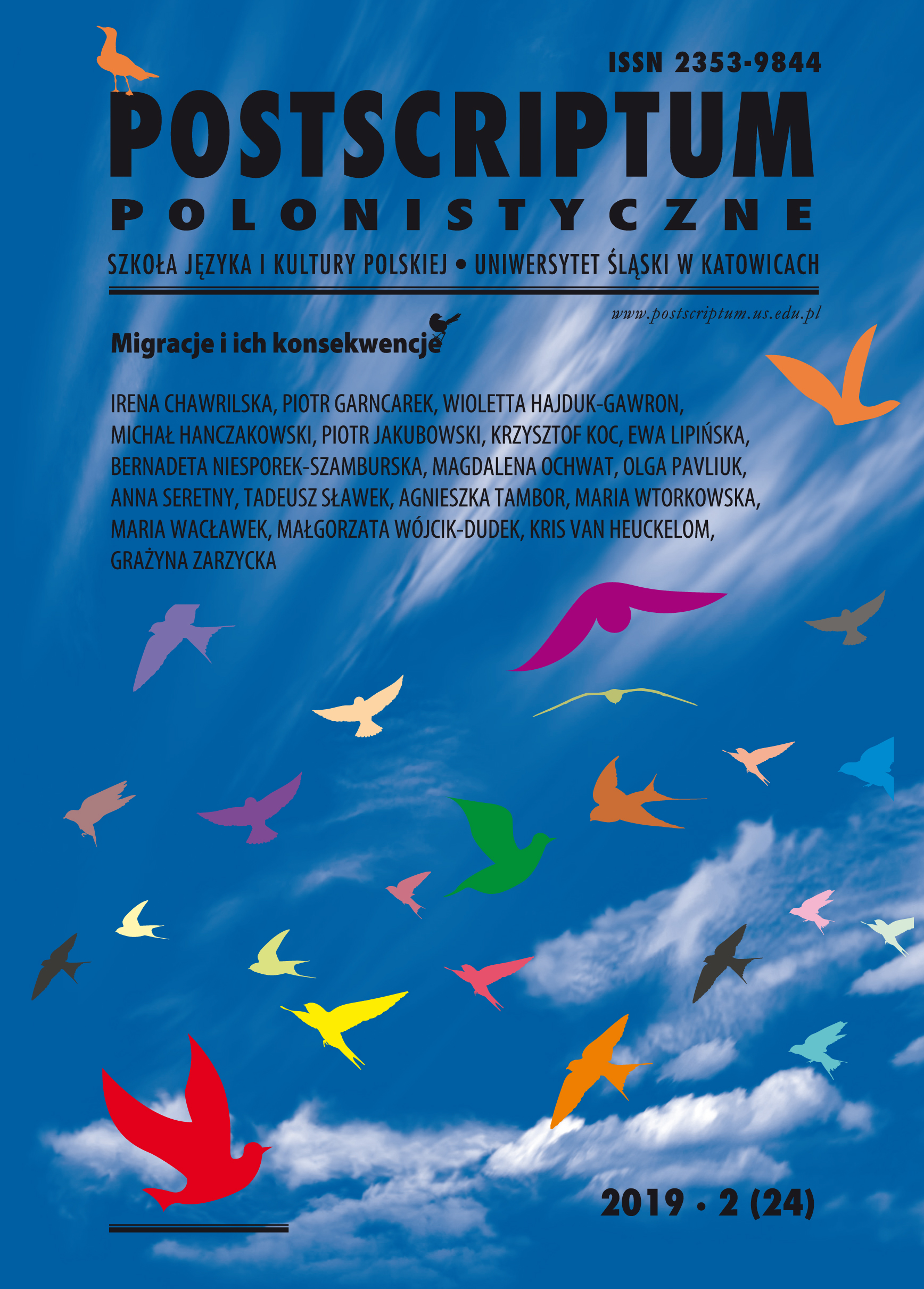 Wracamy, skąd przyszliśmy – czyli o pewnej próbie telewizyjnej odpowiedzi na tak zwany kryzys uchodźczy i niepokoje społeczne z nim związane
We’re going back to where we came from – on a certain attempt made by television to respond the so-called refugee crisis and the social unrest associated with it

Summary/Abstract: The aim of the paper is to critically analyse the documentary series Wracajcie, skąd przyszliście [Go Back to Where You Came From], broadcast by the commercial television station TVN in December 2018. The people participating in the programme were supposed to represent/embody the polarised opinions of the Polish society on (accepting) refugees, so they were according to the “three for/three against” model. The group, together with Piotr Kraśko who conducted the programme, visited refugee camps and centres in Germany, Austria, Serbia, Greece and Iraq to confront their opinions with the people they met there. The declared aim of the programme, in fact, was to find an answer to the main question: should Poland accept refugees or, as the title says, should they go back to where they came from?