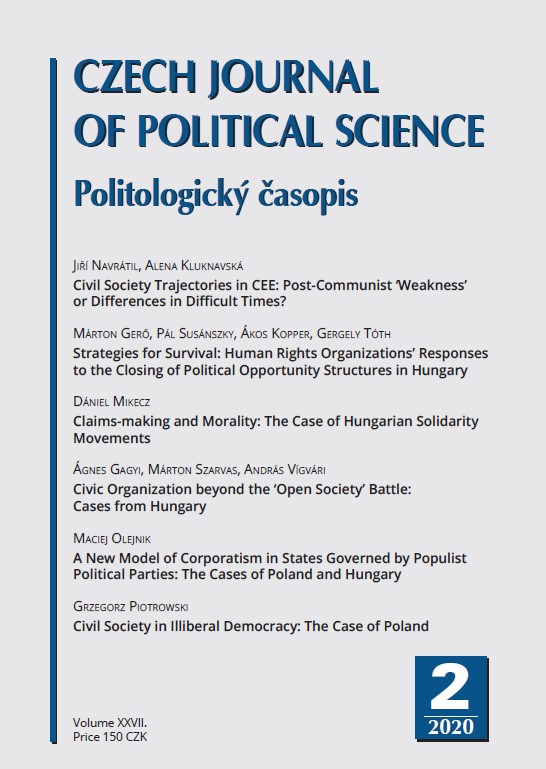 Summary/Abstract: The threats to democracy from populist political projects are more and more often commented on and analyzed around the world. The Polish case is not an exception as there are numerous scholarly papers on the changes in public discourse, politics, democratic institutions and the like. The case of civil society is, however, sometimes overlooked and downplayed in this stream of thought. This article looks at the recent reconfigurations within the sphere of civil society in Poland as well as in the ways this sector of activities is conceptualized and analyzed by scholars and commentators alike. This approach stems from understanding civil society in Poland as a political project, a process begun around the transition of 1989, but that also had political meaning during the years of consolidation of democracy. Only the recent reconfiguration and accumulation of power and consequent shift in politics and public discourse to the right has resulted – among other things – in higher levels of activism among citizens and politicization of numerous topics. The observed higher levels of citizen engagement have pushed some observers and scholars to re-define the concept of civil society in Poland and to include within it forms of activism previously excluded. With the numerous and often politicized collective actions of Poles – such as nationalist activism, urban activism, and participation in street protests – not only is the concept of civil society being stretched but also some previously used distinctions, such as the notion of ‘uncivil society’, are no longer in use.