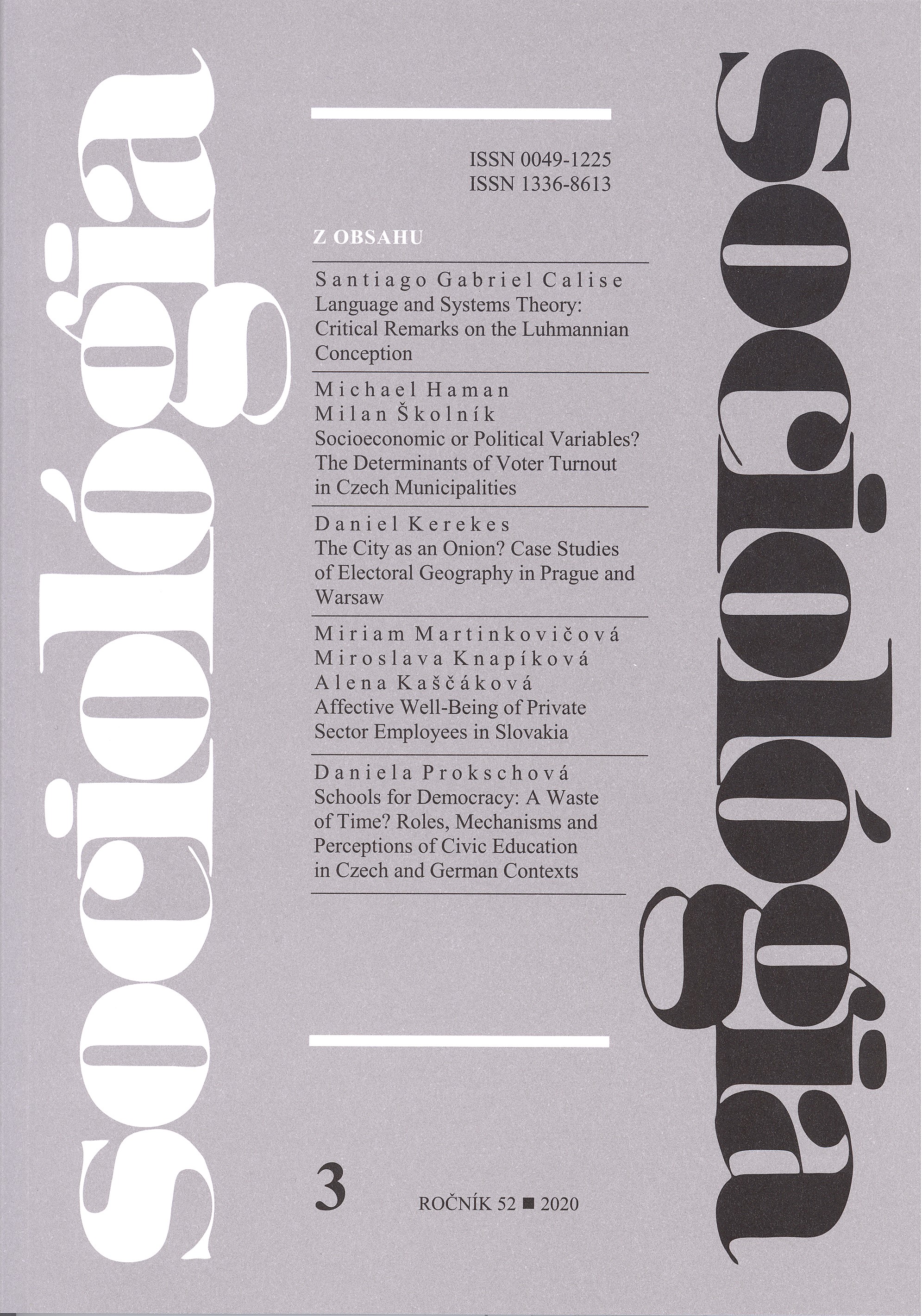 Summary/Abstract: Socioeconomic or Political Variables? The Determinants of Voter Turnout in Czech Municipalities. The article contributes to the debate on the relationship between voter turnout and socioeconomic and political variables at the local level in the Czech Republic. We investigated the 2018 Czech municipal elections. We constructed an original dataset composed of 6,229 municipalities. Also, we created a second dataset consisting of 205 municipalities with extended jurisdiction and Prague, which included a composite Index of quality of life (including variables that are part of development indices such as health, economic indicators, education, and many others). From a methodological point of view, we used statistical methods such as ordinary least squares regression to analyze data. We find that a higher quality of life in a municipality is positively associated with a higher voter turnout. Furthermore, the running incumbent does not have an effect on voter turnout. We find that the presence of at least two candidate lists in smaller municipalities increases voter turnout by 10 %. Also, we confirm that municipalities with contest-free elections (the number of candidates is equal or less than assigned seats) have much lower voter turnout. Moreover, the increase in the number of candidates per voter also increases voter turnout, which may be due to the personal ties with candidates.