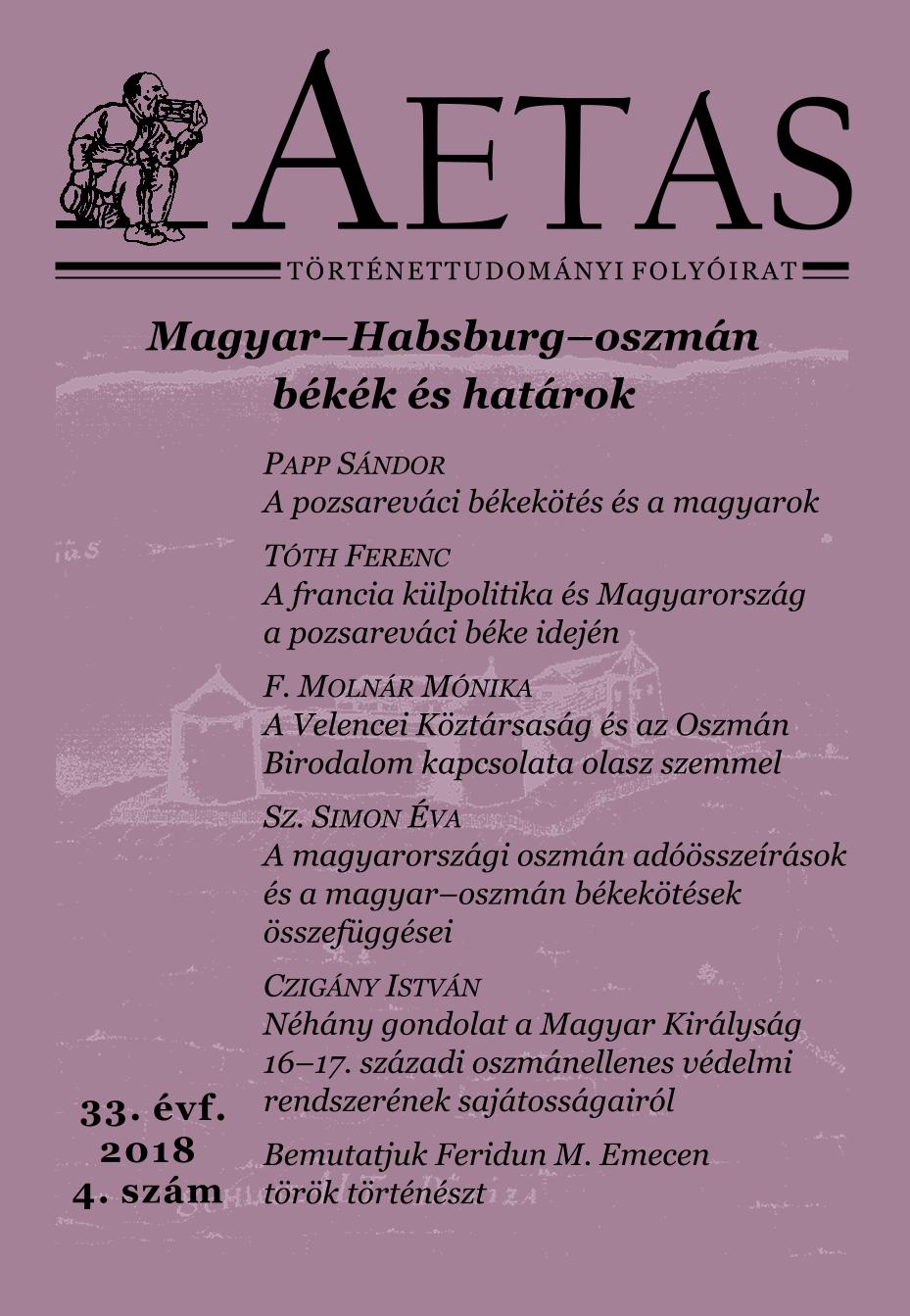 Summary/Abstract: From the perspective of Hungarian historiography, the Treaty of Passarowitz means the restoration of the territorial integrity of the historical Kingdom of Hungary after almost two centuries. The author of this study aims to examine if there were any possible alternative ways to resolve this conflict other then what became known as the Treaty of Passarowitz, when the war initially broke out in 1716. After the failed uprising (1703–1711), Francis II Rákóczi continued his diplomatic efforts to reclaim the lost Principality of Transylvania. Despite the difficult international situation, he left France for the Ottoman Empire and tried to use the military conflicts between the Habsburg Monarchy and the Ottoman Empire to achieve his goals. The study also examines the circumstances of Rákóczi’s invitation to the court of the Sultan, and explains that the first letter of invitation sent to him was a formal political treaty, in which the Sultan gave him the Principality of Transylvania. However, he never received this document, instead he got another letter, but this one only promised his confirmation as prince at a later date. The second half of the study analyzes an unpublished Turkish manuscript from the 18th century, which contains the Turkish exchange of letters regarding the peace negotiations at Passarowitz. In this volume several references to Rákóczi can be found, as well as four documents originating from him and two letters sent to him by the Grand Vizier. Through these documents we can examine the prince’s international relations, and how the Ottoman Porte tried to use Rákóczi to decrease its international isolation.