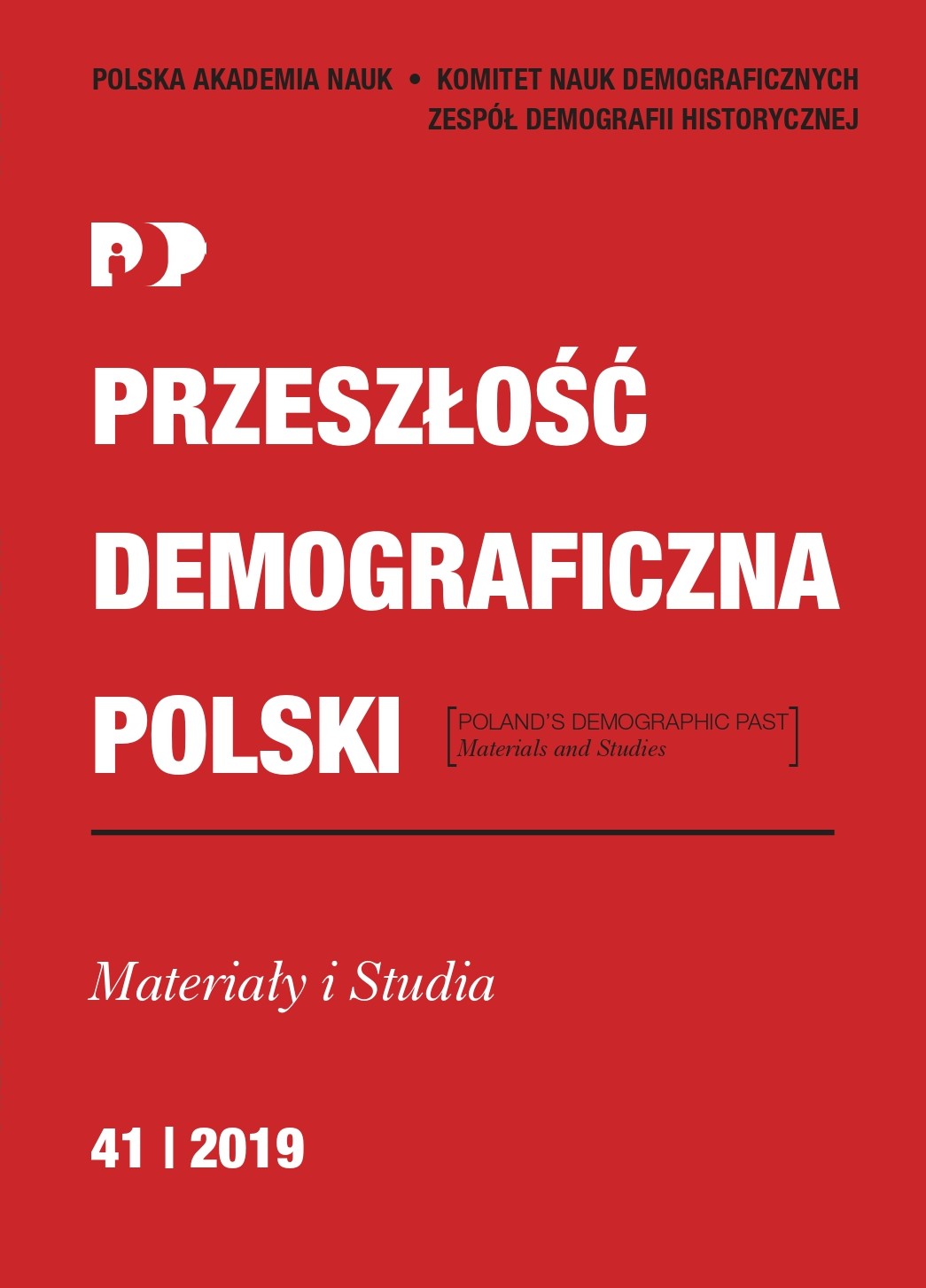 Summary/Abstract: The main source for this article is a population census carried out in Przemyśl in 1918, previously unused in any scientific research. Using a survey method, it encompassed single households; only some of the material exists to this day, a larger part stored in the Sanok Archive, and a smaller in the National Archive in Przemyśl. The census combined the elements of the earlier “State of Souls” (status animarum) in relation to households and the more modern type of Austrian survey to which new categories were added; its original form enables new methods for analyzing the local population of that area. The circumstances in which the census was carried out are unknown; we can assume that it was conducted by the local magistrate, due to food shortages and mass migration of the population (including the military) to the city. The surviving 1,163 cards enable us to pinpoint personal data from the respondents, such as sex, age, religion and nationality, place of birth and address, and in some cases social status and profession.