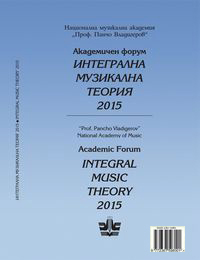 Summary/Abstract: This article examines A. F. Losev’s 1929 text, which was written when the author worked at the Moscow Conservatory. It details a program of ‘aesthetic sciences,’ which was mandatory at the Conservatory. Losev discusses the need to increase the amount time allotted for the study of aesthetic sciences in the student’s schedule. Losev’s text was considered a rare document, given the author’s stance on the impact of the sciences on art in general and particularly on music. The system comprised the following: I. a) General aesthetics (determined by logic, either strictly dialectical or by dialectics b) Special aesthetics (the aesthetics of music at the Conservatory, or the aesthetics of visual arts at other institutions) c) Sociological aesthetics II. History of Aesthetic Doctrines III. Art Research (Musical analysis at the Conservatory, or theories of appropriate arts at other institutions) This article considers: 1) Losev’s system of concepts and the reasons they differ from the established norm. Specifically it addresses the concepts of ‘art research’ as a complex of theoretical subjects (harmony, analysis, etc.), ‘general aesthetics’ as the logic of art, and the concept of ‘musical aesthetics’ as the history of musical styles within their historical and social contexts. 2) The article considers specific features of Losev’s system of ‘aesthetic sciences’ and their ideal model as a source of systemic unity.