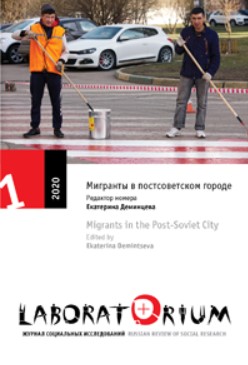 Summary/Abstract: The article concerns religious authority among Muslim migrants in Russia. The fieldwork was carried out in 2018 in Tomsk, a city in southwestern Siberia. The focus of this study is the religious and wider social practices of those Muslim migrants who are considered leaders of local microcommunities, enjoy respect within their religious community, and have steadfast religious authority within their circles. These practices are considered in their local religious and migrant contexts through the prism of such concepts as religious individualism, everyday lived Islam, and tactical religion. In this article I am interested in the dynamics of religious identity among Muslim migrants in Siberia who are considered to be local leaders, as well as their religious introspection. I show how Muslim norms and regulations are recognized in the framework of everyday communication and socialization on a horizontal level. I emphasize in my research the importance of the everyday in the formation of individual religiosity and consider how a local Muslim environment is being built around individual key figures outside the mosques. The article answers the following questions: what role certain Muslims, known only in a narrow circle, play in constructing the religiosity of their countrymen; how various forms of authority (financial, migrational, professional) correlate with and are supported by religious authority; and how individual Muslims are changing the religious space of Russian cities. Based on my previous fieldwork, I argue that the main ideas of the article and the observations reflected in it are also relevant for my other field sites, including another southwestern Siberian city of Irkutsk, the northern regions of Western Siberia (Yamal-Nenets and Khanty-Mansi Autonomous Okrugs), and even Moscow.