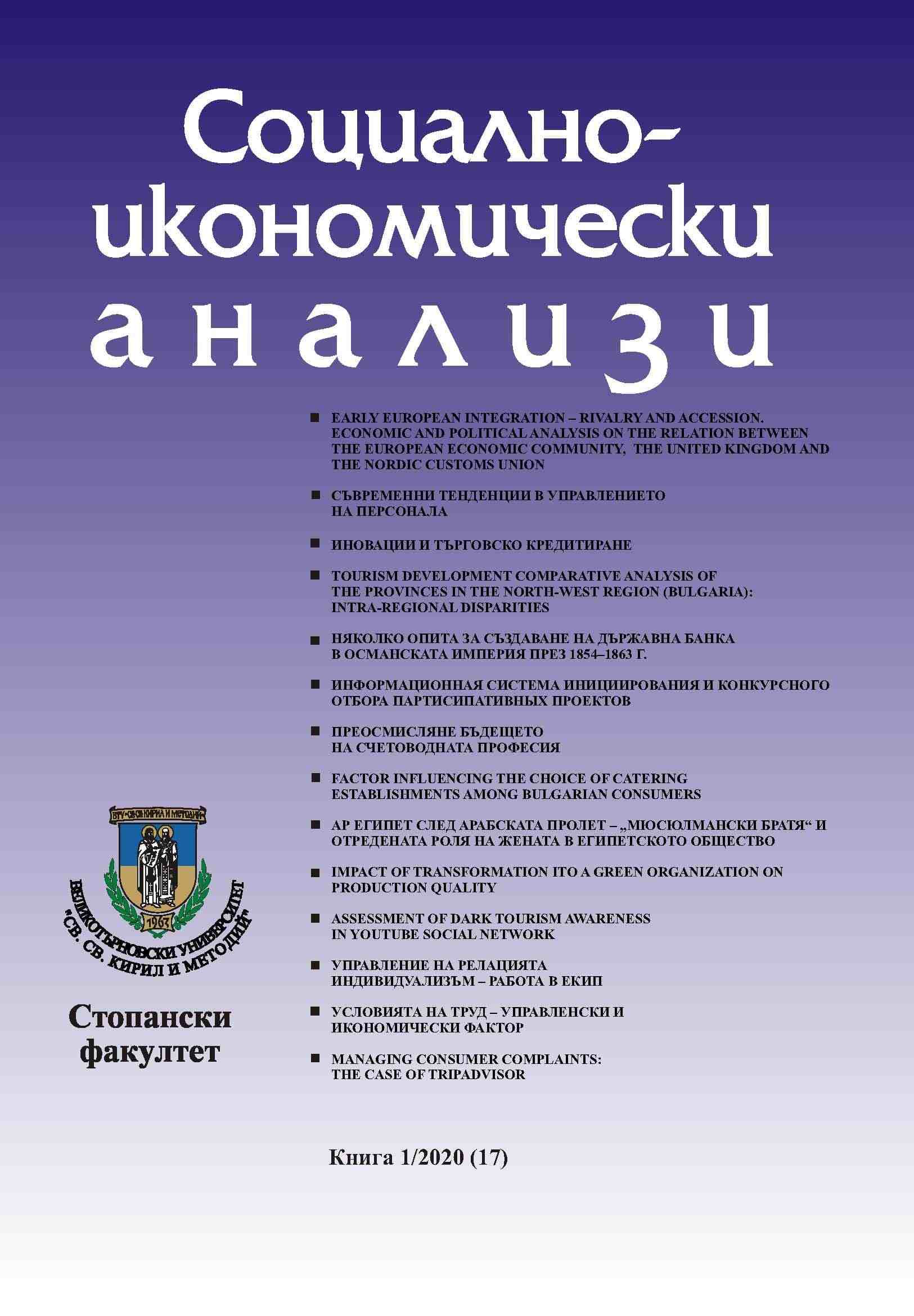 Summary/Abstract: This article view at the first attempts to create a state bank in the Ottoman Empire. The beginning could be made in 1854, with British bankers making their first proposal until the sultry. Until the first state bank was actually established Imperial Ottoman Bank in 1863. The documents on which the text is based are: promulgated laws, documents relating to the First State Bank, Tsarigradskiya vestnik, Takvîm-i vekÂyi. Attention is also paid to the spread of the kaime-i mutebere-i nakdiye / paper money since 1840. All models presented for the creation of a state bank are presented by model: origin of the proposal, bank capital, representative, vision for development. On this basis, an analysis is made that the Ottoman Empire became aware of: the use of paper money (kaime), converting it into a standard monetary system (based on a monetary system), ending counterfeiting with them, and establishing banking institutions. The changes in the capital market of the empire during the same period were: issuance of modern debt securities, creation of companies in the form of joint stock companies, both domestic debt securities and the stock exchange, where the company shares and bonds will be traded. With these innovations, the Ottoman Empire completely changed its current financial system. For over twenty years, the High Gate has been trying to set up a stateowned bank jointly with foreign capitals. This became a fact in 1863.