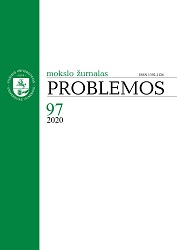 Summary/Abstract: The article raises the question what is the content of Frege’s infamous notion of Bedeutung? It is claimed that the so–called standard interpretation of this notion – Bedeutung as referential relation between a name and an object – was developed and established evaluating Frege’s ideas in philosophy of language in isolation from his logicist ideas. However, precisely his logicist concerns have motivated Frege’s interest in semantic issues. A broader consideration of Frege’s works reveals an internalist and rationalist notion of meaning, that is based on the context principle, and that should not be reduced to mere reference. The question of the meaning of subsentential components, for Frege, is closely related to the question of the meaning of the whole sentence, that is, the meaning of sub–sentential components should be construed as secondary with regard to the meaning of the whole sentence.