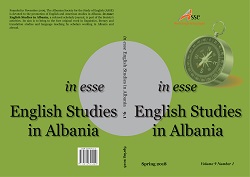 Summary/Abstract: The aim of this article is to emphasize the similarities between food and cooking, on the one hand, and language and communication, on the other, as markers of social and cultural identity. It is an overview of the relationship between food and language, first and foremost as symbols and manifestations of a specific culture. Food is “an essential source to survival with great symbolic force, food has been central to human history” (Fellner 2013, 243). It has long been regarded as an important identity marker and researchers have suggested that natural foods together with national languages construct national identities. Food is regarded as the oldest form of exchange and consequently, the oldest form of diplomacy. Culinary diplomacy is a recently emerging trend and one of the most exciting in public diplomacy. However, there are researchers who consider that culinary diplomacy, gastrodiplomacy or diplomatic gastronomy and food gastronomy are terms that designate different concepts. Thus, culinary diplomacy is aimed at visiting dignitaries, trying to strengthen relationships through the use of food and dining experiences while the role of gastrodiplomacy is to raise international awareness of a country’s edible nation brand by means of its culinary and cultural heritage.The last part of the article is focused on a brief analysis of three terminological categories indicating names of dishes that are immediately noticeable, especially in the restaurant menus: original denominations, eponymic dishes and compounds with toponyms.