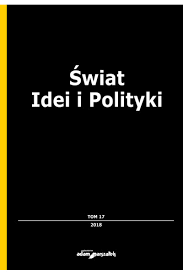 Summary/Abstract: The subject of this dissertation is the European Union policies in the area of combating terrorism. The fact that terrorism is regarded as being one of the biggest threats to European Security determined the choice of the subject. The author has tried to explain the terminology applying to terrorism, the history of terrorism, and present methods of fi ght against it. The objective of the article is the analysis of the European Union main actions taken and decisions made in this respect. One of many determinants that infl uenced tightening of this policy were the 9/11 terrorist attacks in the USA on 11 September 2001. Also, frequent terrorist attacks forced the European Union member states constant cooperation and continued eff orts regarding actions to counter terrorism which is both social and political phenomenon.