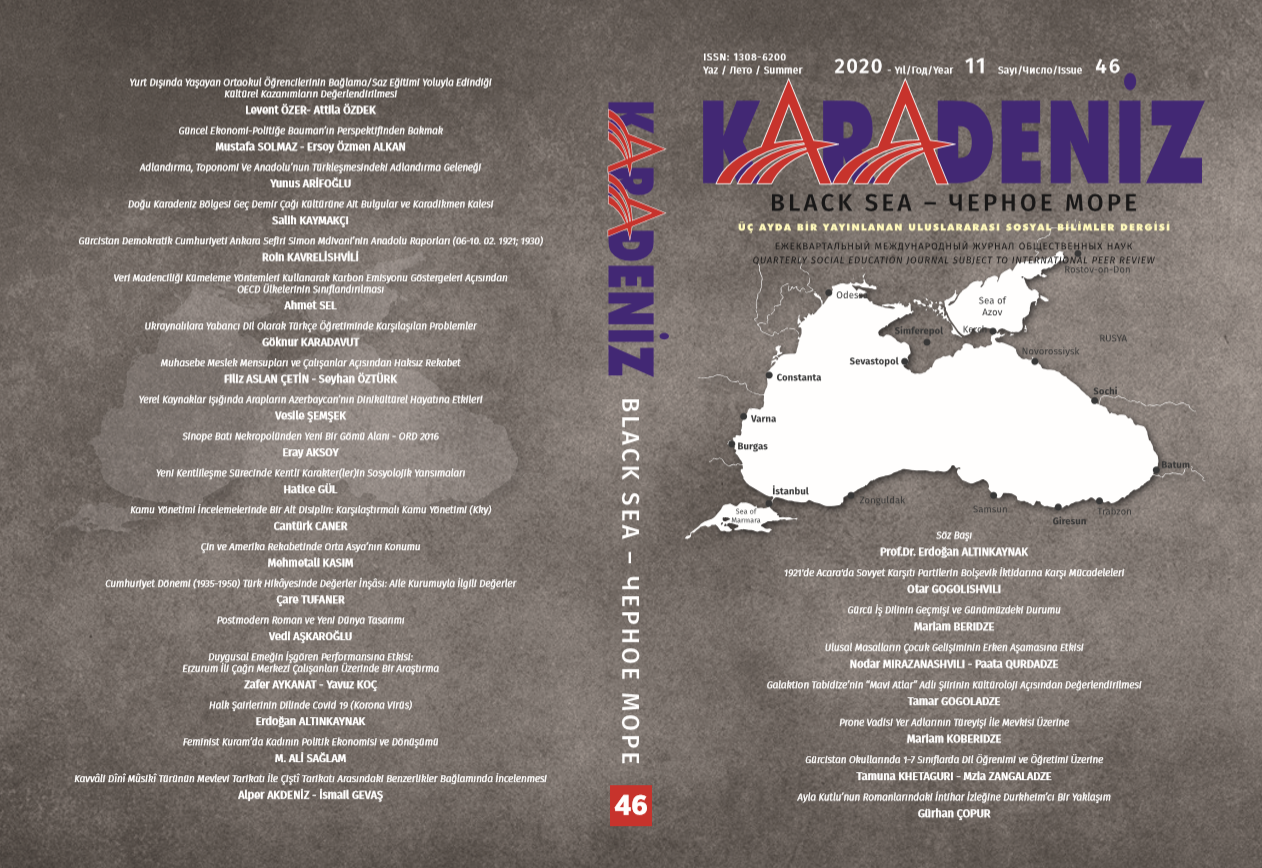 Summary/Abstract: The purpose of the research is to reveal the sources of the insecurity conditions we live in and to base a viable solution forward against them from Bauman's social theory. A qualitative research was carried out and it was applied to the method of document analysis, especially critical discourse analysis. It is understood that there are three types of insecurity and they can be classified as uncertainty, insecurity and unsafety. It has been determined that the source of the mentioned types of insecurity is the movement of knowledge and power in the international arena, that political power remains within the national boundaries therefore cannot take effective measures against them. It was understood that political power, which could not take effective measures against the international movement of knowledge and especially capital, is trying to seem to be doing things not to damage its legitimacy on them, therefore it saves all types of insecurity to a single component, unsafety. It has been determined that the determining feature of the political power, which against risks caused by uncertainty and insecurity charges all threats to unsafety, is to become a guard state. However, it has been understood that political governments need to take more effective measures to come together and establish a global republic regime that includes international legislative, executive and judicial bodies. It was determined that the reason why the republic was preferred, rather than any other form of administration, was that it provided the possibility of resolving problems to be on negotiation. It was concluded that social media should be seen as new public spaces for the development of the negotiation culture.