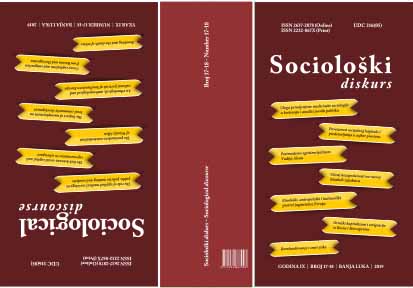 Summary/Abstract: With the intention of portraying the film director (actor, screenwriter) Woody Allen as a (non-typical) existentialist and postmodernist in the genre of film comedy, the author of this paper first explicates the basic terms – philosophical existentialism and artistic postmodernism. The central part of this paper is dedicated to the analysis of typical scenes from the most important Allen’s films (Annie Hall, Love and Death, Irrational Man, etc.) where, on the one hand, his position on the meaninglessness of life, death, the absurd, despair is emphasizedand in which, on the other, he uses certain postmodern forms to aesthetically shape his thoughts. The research approach is close to the cultural studies discourse in it being multidisciplinary, that is, drawing together sociology, philosophy, psychology, semiology and aesthetics in an intrinsic, and not a mechanic manner. The author’s aim is to empirically determine whether and to which extent Woody Allen’s film creativity is informed by the existentialist thought of Kierkegaard, Heidegger or Sartre, on the one hand, and how affected he is in the aesthetic sense by postmodern philosophers Lyotard, Jameson and Baudrillard, on the other. Despite the fact that Woody Allen is not a typical postmodernist, it is challenging and creatively inspirational to examine the specific characteristics of his postmodernist expression (intertextuality, self-reflectiveness, nonlinear narrative, eclecticism, intertwining of genre conventions), as well as the postmodernist narrative techniques he employs (parody, irony, pastiche, satire, allusion).