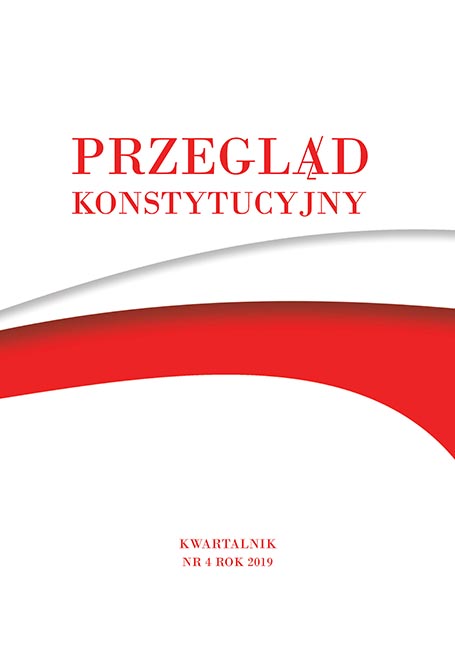 Summary/Abstract: Member States (while transposing and implementing the EU law), as well as participants of the market (while concluding and performing contracts), take partin the race to the bottom. They choose the most comfortable solutions that offerthem the highest profits, the greatest freedom, and the fewest limitations. EUlaw should prevent this unavoidable pathologization, the race to the bottom,imposed by the stronger or smarter participants of the market.Considering how common the race to the bottom is, the principle of effectiveness of EU law inspired an increased involvement of the Court of Justiceof the European Union (CJEU) in the discussion on the independence of the national judiciary. It deals with the protection of judges’ independence againstinfluence, pressure, as well as political decisionism, in order to prevent the existing standard of the rule of law from deteriorating. Recently, Polish courtsformulated more than twenty preliminary referrals for the CJEU, and the EUCommission subsequently initiated two cases against Poland. All of these casesdeal with situations in the Polish judiciary. The Polish cases became a catalystof change, and, as a result, the case law of the CJEU is undergoing a „qualitative change”. The potential of Article 19 Section 1 of the Consolidated versionof the Treaty on European Union has been noticed. On this basis and in cooperation with the national courts, a renewed standard of an independent European court is being constructed. This standard would further bind nationalcourts with the EU system. The standard relates not only to the applicationof EU law by national courts, but it also deals with the institutional structureof the national courts.