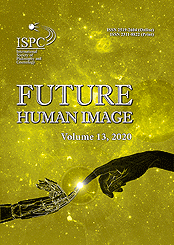 Summary/Abstract: The purpose of the article is a philosophical and anthropological study of the strategic models used by modern China in the cultural and economic fields. This study is based on the explication of the essential aspects of the so-called “Chinese dream”. The key areas of cultural and economic activity of modern China are analyzed from the philosophical and anthropological positions, which are of strategic importance on the way to changing the current world geopolitical paradigm. Understanding the conceptual foundations of the evolution of Sinic civilization (headed by China) would make international relations more predictable and promising. The individual works of sinologists, cultural historians, and representatives of philosophical thought were useful for this study, in methodological terms. The scientific novelty of the study is expressed in the proposal to look at the whole array of diverse cultural, economic, geopolitical strategies used by China from the perspective of a holistic approach. Since economics and culture are closely related (and both of these areas focus on the modern man and the man of the future, finally), their symbiosis leads to emergence qualities that are constituted in a hybrid concept called the “Chinese dream”. It forms the basis of the modern anthropological project of Chinese society. The analysis allows the authors to state that China is concentrating relevant cultural and political efforts on events that seek to increase the level of positive perception in the world of Chinese values and deepen the dialogue of cultures in the global world. At the same time, large-scale economic interactions are being carried out as a part of the Belt and Road Initiative (BRI) strategic program, meaningfully transforming the global economic “agenda”. The internal plan of the Chinese socio-economic strategy is associated with the creation and expansion of the so-called “middle-income society” as the main driving force on the path of the great revival of the Chinese nation. This movement is conceptualized in a multifaceted strategy with the symbolic name “Chinese dream”, which differs significantly from its Western counterparts. As Chinese society moves from the modern era to the post-modern one, and the post-modern era itself in the socio-cultural landscape of China will initiate the need to find a conceptually updated anthropological project.