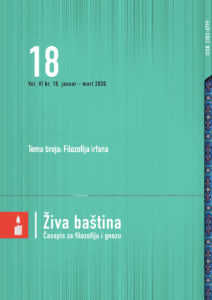 Summary/Abstract: The philosophy of Irfan, as a new science, has only recently attracted the attention of thinkers and those who are engaged in it approach it from different aspects. Some of them remain at the level of “the eight basic questions of every science”, while others are engaged in its ontological realities and, by using philosophical and analytic methods, examine the foundations of the philosophy of Irfan, displaying their scientific interest as a universal and comprehensive view. Philosophy of Irfan deals with topics such as the essence of the philosophy of Irfan, Irfan and religious experience, common and special issues, Irfan and the impossibility of its explanation, the possibility of gnostic experience and the authenticity of a gnostic revelation and vision (šuhūd), the ultimate goal and effects of Irfan and similar topics. The author considers the discussion in this field to be totally new and open. The position of the science of Irfan in relation to other sciences and the necessity of avoiding pitfalls and extremes in this field greatly complicate the task of researchers of this topic. This paper represents only an introduction and a brief overview which experts need to complete.