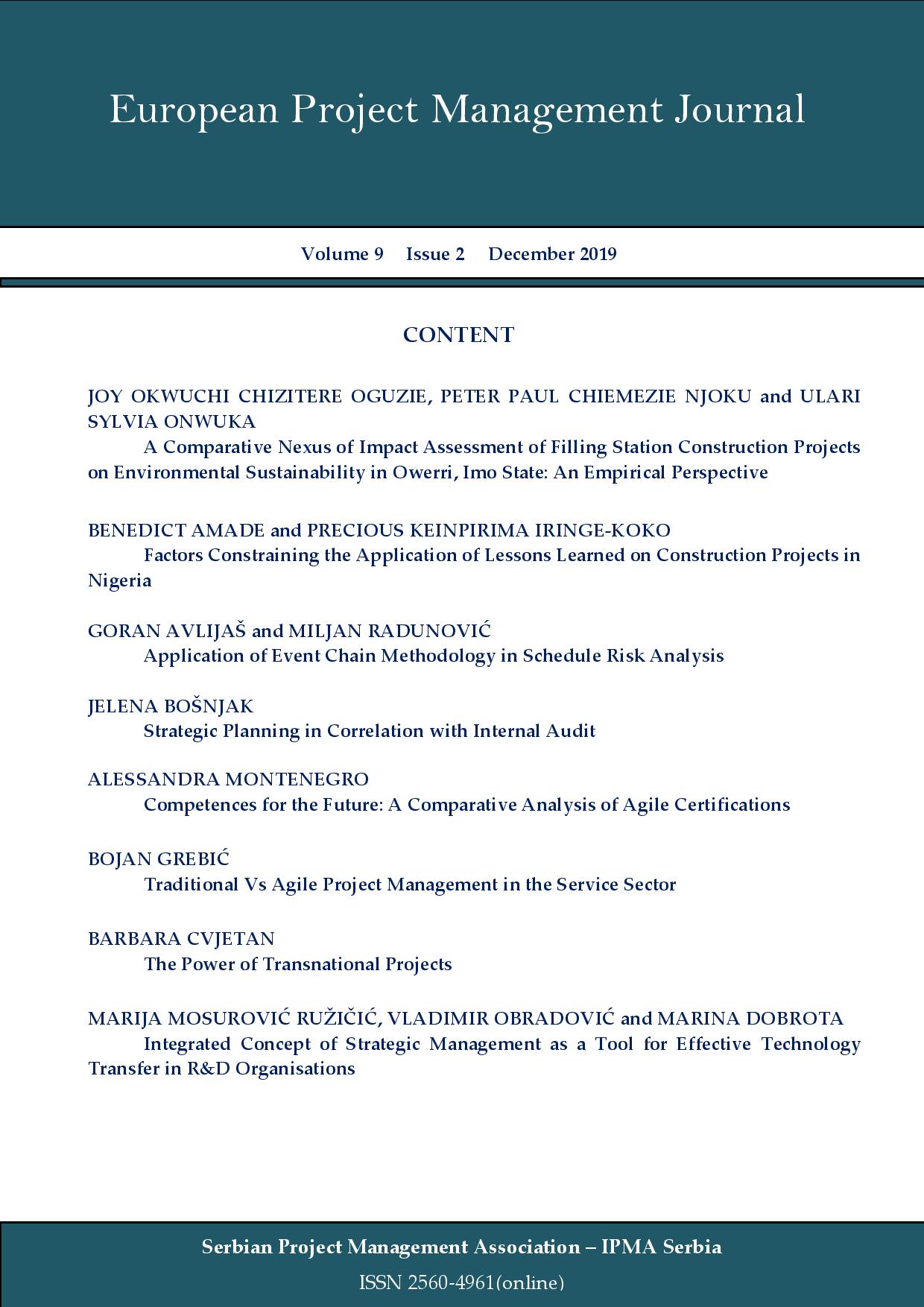 Summary/Abstract: The discovery and use of crude oil and its refined products have evidently had positive effects on the economy but one can’t turn a blind eye to the many negative effects it has had and is still having on the environment. Prominent amongst them is the hazardous effects filling stations who are involved in the sale of oil products as the downstream sector have on the environment coupled with the fact that most filling stations do not comply with the reports of Environmental Impact Assessment carried out sequel to their construction. As such, this study sought the significance of EIA exercise in filling stations construction and the extent to which their activities affect the environment in other to ascertain how sustainable the filling stations are. The study which is descriptive survey has a sample size of 110 respondents. Furthermore, the data were analyzed using descriptive statistics and for the hypotheses, using t-test and correlations to ascertain relationships. It was found that the significance/importance of carrying out an EIA exercise is non-negotiable. Further analysis also showed that the filling stations do not go through with what is contained in the EIA reports, as their operations are not also done in accordance with best practices as they release a lot of pollutants to the environment which aids in rapid degradation of the environment. All these prove beyond doubt that filling station construction projects in Owerri, Imo state are not on a sustainable path and as such it is recommended that all stakeholders such as Government regulatory agencies which include the Department of Petroleum Resources, Filling station owners/workers and even personnel in the Construction sector should join hands in ensuring that filling stations are properly planned, constructed and that their operations are environmentally friendly. The Federal Ministry of Environment (FME), Environmental activists, Civil Societies, etc. should also embark on a massive orientation as a large part of the populace do not know what EIA is all about.