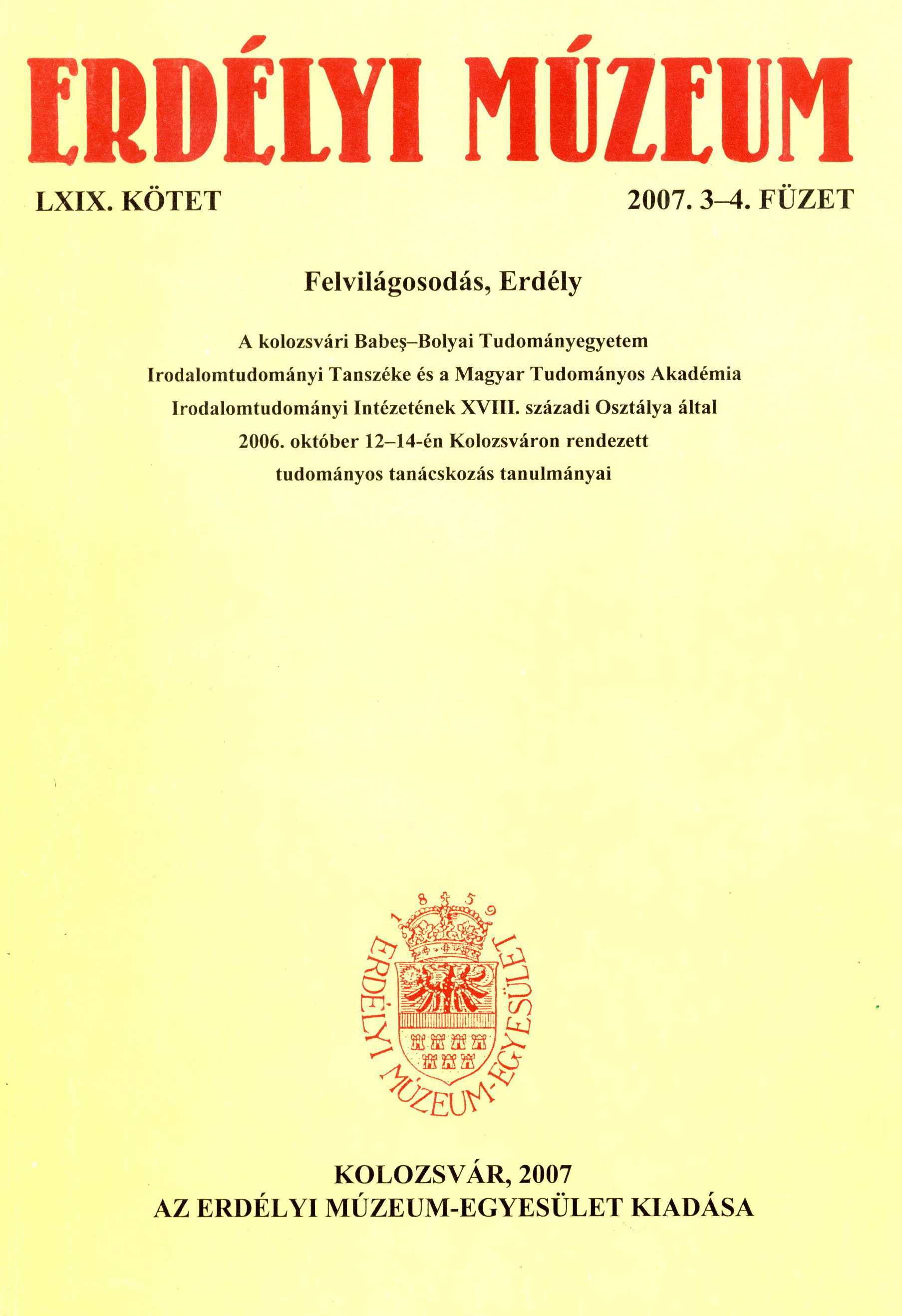 Summary/Abstract: In this paper, a juristic, historical, polemic-vindicative manuscript finished by 1811, presumably written by György Aranka is being investigated. This work is essentially an answer for the debate-provoking book of August Ludwig von Schlözer, published in 1795–1797, which investigates the early history of the Saxon and Transylvanian nations. However, it also includes all the partial results accomplished by the Hungarian Language Society (Nyelvmívelő Társaság) until that time regarding history research, and the method of writing alloys the then Transylvanian and the latter, in this case the adopted methodological approaches of Schlözer, they wanted to contradict. The manuscript is treated as a synthetic work, formed slowly from the establishment of the Hungarian Language Society until its cessation and thereafter too.