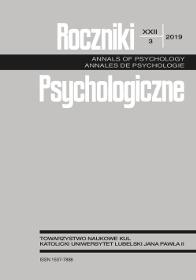 Summary/Abstract: The article is an invitation to discuss the role and tasks of the psychologist in the modern school. It advances the thesis that the primary role of the psychologist is to co-create the school environment and the educational process. Being a co-creator is the essence of the presented model of the psychologist’s work in the school system. The model covers psychological activities defined as monitoring promotion prevention, and intervention. It identifies the need to continually expand the possibilities of psychological influences and to create an autonomous vision of their realization. Adopting and performing this role in the way described in the model seems to be crucial to building the professional identity of the educational psychologist—and a well-defined and clarified professional identity is the basic regulator of a person’s functioning in his/her professional role.