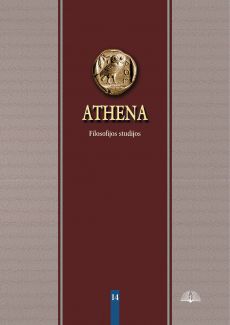 Summary/Abstract: The article presents two approaches towards the aesthetics of Anthropocene in contemporary philosophy, which are based on different concepts of aesthetics itself. The first one is analyzed referring to the position of visual theorists T. J. Demos and Nicholas Mirzoeff, who focus on the controversial functioning of the visual media, through which the representation of the Anthropocene is usually constructed. This approach assumes the reductional character of aesthetics, seeing it as a form of anesthesia. The second approach towards the aesthetics of the Anthropocene returns to the link between aesthetics and a dimension of aesthesis, where the former is treated not as an anaesthetic, but as a fundamental perception. The difference between these positions is explained applying Maurizio Ferraris’ theoretical framework of rational aesthetics. The third part of the article analyzes the correlation between the aesthetics of the Anthropocene as aesthesis and the art. In this part, the article focuses on the potentiality of the art to represent the Anthropocene. These aspects are explained employing Timothy Morton’s concept of hyperobject and the example of the Lithuanian artistic project “Sun and Sea (Marina)”.