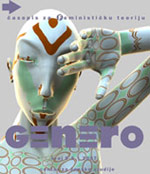 Summary/Abstract: This paper presents a number of feminist approaches to Shakespeare’s works as a whole, and then to a series of ten history plays in particular. The first part of the paper is concerned with the relations of the feminist Shakespeare criticism with the theoretically inclined poststructuralist readings of Shakespeare, on the one hand, and with the feminist social protest and practice, on the other. The second part of the paper deals with the history plays themselves and with an elaborate feminist response to them in the booklength study Engendering a Nation by Jean E. Howard and Phyllis Rackin (1997). The analysis is structured by the politically subversive potential of the female characters in the three plays entitled King Henry VI (1, 2, 3) and in King John, deeply disturbing for the patriarchal order; and by the tamed, modern, harmless, bourgeois place accorded to the female characters in the 1 and 2 Henry IV and Henry V.