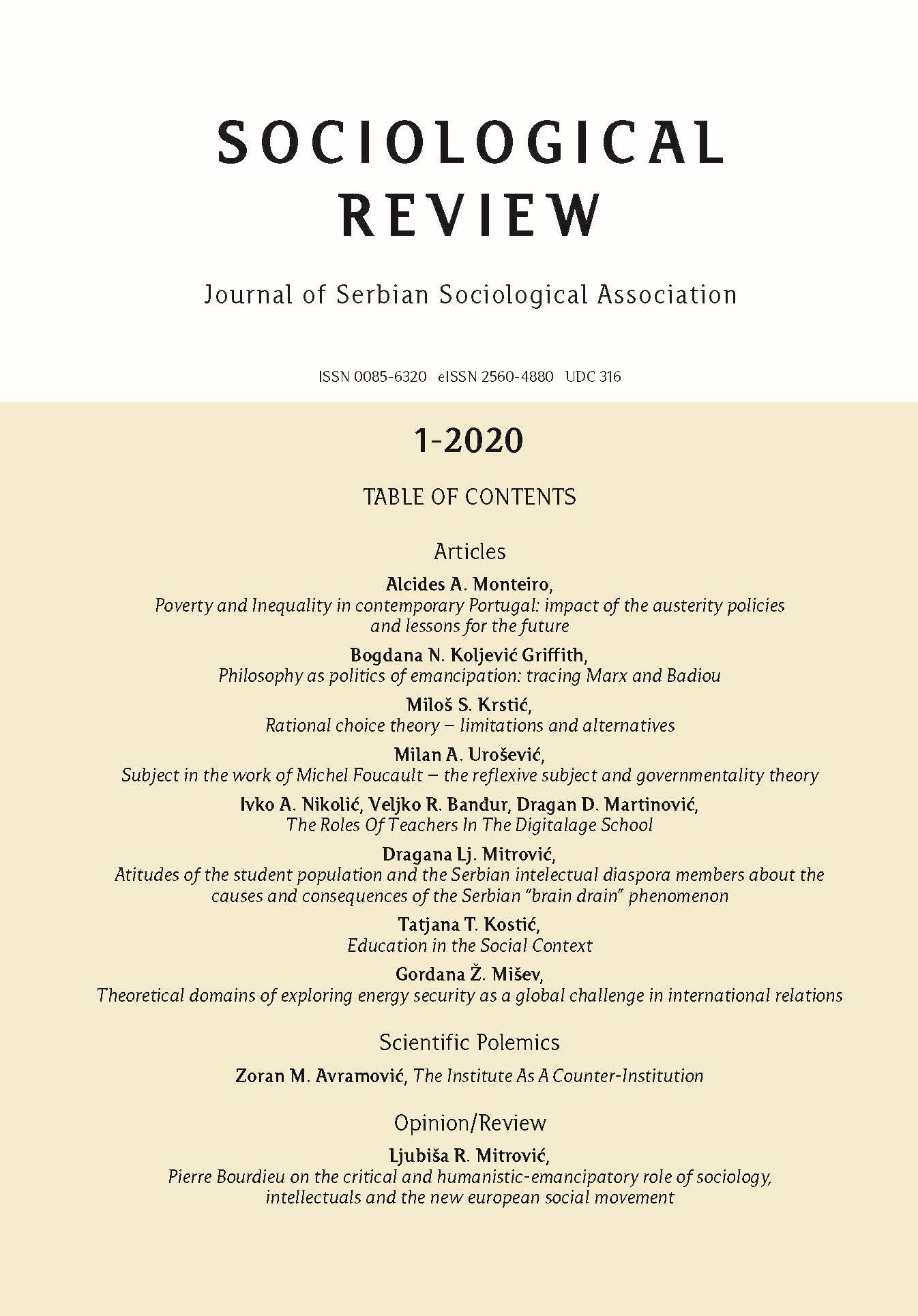 An Overview of the Results of the Empirical Research

Summary/Abstract: Currently unfolding before us is the process of globalization, which has led to the networking of the global society and the intensification of transnational mobility of human educational capital. In the conditions of regional and class division, the process of asymmetrical globalization is also reflected in the unequal labour exchange in the gray matter market between countries belonging to different areas of the global world system. Of course, Serbia today is also under the effect of the aforementioned process. The subjects of this paper are the global, regional and national causes and consequences of the brain drain from Serbia and the innovative-creative potential of the Serbian intellectual diaspora for the development of Serbia and the protection of its interests in the contemporary world. This research is of a multidisciplinary character – sociological-demographical, ethno-culturological and communicological. Following the dictates of the so-called integral paradigm, efforts have been made to obtain valid results for scientific conclusions through a unity of theoretical problematization and synthesis of the results derived from empirical research. The paper consists of the analysis and interpretation of the results of empirical research done on the topic of causes and consequences of the brain drain, as well as the potential of the Serbian intellectual diaspora, conducted on a two-fold sample: one part consisting of the student population of Serbia and the other of the Serbian intellectual diaspora. The focus of the research was on the beliefs of the respondents regarding the motives, causes and consequences of the brain drain happening in Serbia, as well as the motives and the possibilities for the return to the native country. The sample consists of more than 950 respondents (545 students from Serbia and 413 diaspora members). The results of the research have shown that students and members of the Serbian intellectual diaspora hold identical beliefs regarding the perception of the main cause behind the brain drain in Serbia, with both groups citing the economic underdevelopment of the country and low levels of the quality of life, with both of the aforementioned factors influencing the ability to keep cadres within the country or to encourage their return. Of course, this fact is also conditioned by, among other things, the level of Serbia’s involvement in the processes of globalization, as well as by its position in the contemporary division of labour. The very end of the paper also highlights the program of possible measures and recommendations which have an action-oriented character, for the purpose of resolving this problem and creating a new policy regarding diaspora.