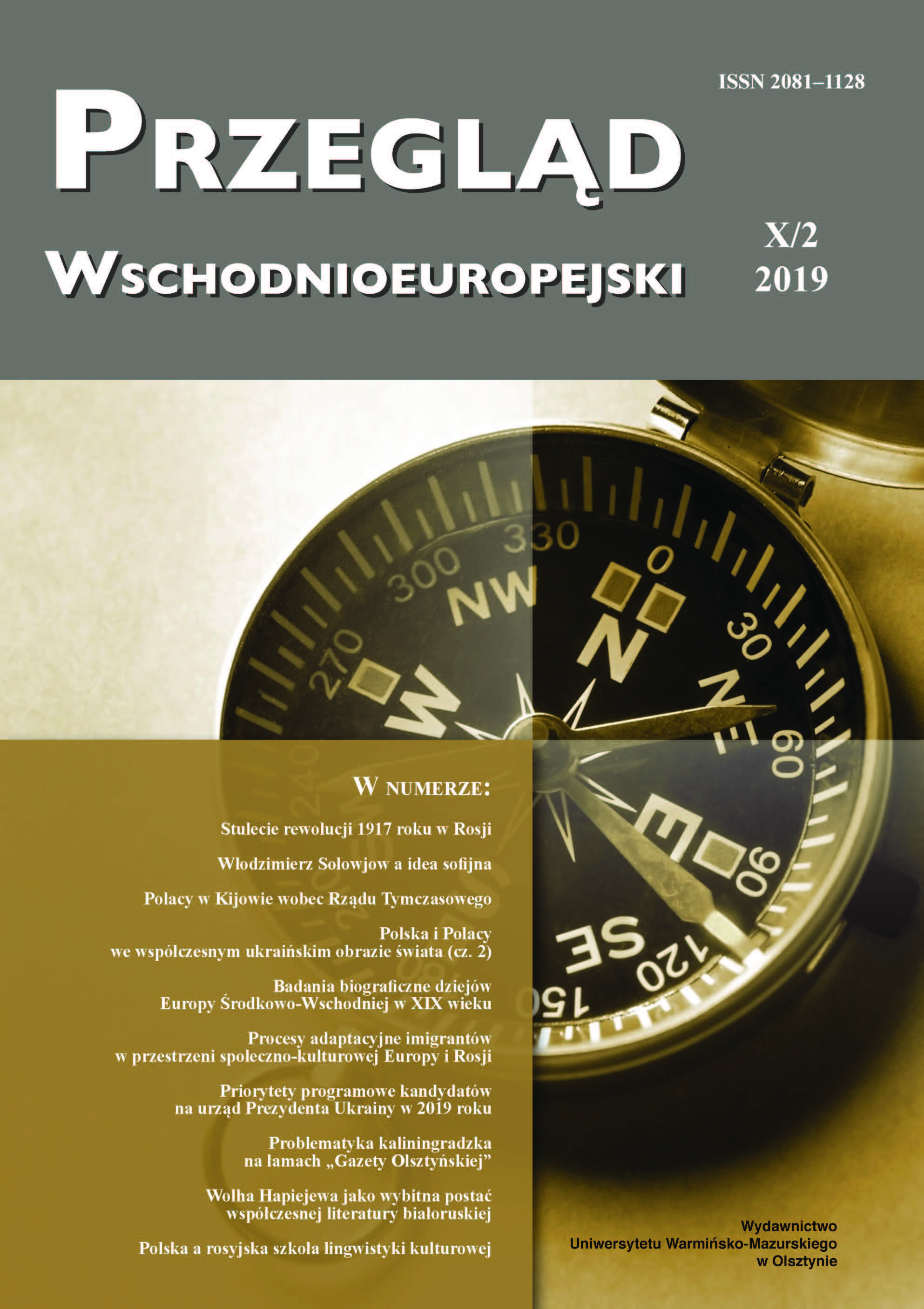 Summary/Abstract: The article represents features of the media image of language in the city newspaper. Semantic and stylistic characterization of the use of the lexeme ‘language’ in the newspaper text reveals the specificity of the media image. The material for the semantic and stylistic analysis of the interpretative field of the concept ‘language’ is the Russian mass city newspaper “Kuznetskiy rabochiy” (Novokuznetsk). Content analysis of the newspaper texts of 2002–2018 revealed regularities of the actualization of the semantics of the lexeme ‘language’ in the contexts. In the newspaper texts, the language is realized, primarily, as a system of the verbal means used to express the national identity, to increase the level of education and spiritual culture, and to improve the mutual understanding. In some degree, the language policy controls and corrects the state of this system. The newspaper texts demonstrate that the speech behavior of a modern person realizes not only the harmonious (the topic of creativity) but also the incorrect use of the language system (lie, verbal aggressiveness, errors, lack of the language taste). The estimation is explicated through the language game, the use of phraseological units, epithets, iterations, and antitheses. These devices create the meliorative contexts as well as the pejorative ones. The most emphasized semantic aspect “Language and national identity” is formed in the newspaper texts, primarily, due to the discourse specificity of the regional edition. One of the local historical dominants of the regional edition is tied to the topic of the destiny of the small nation. Apart from the materials about the Shor language, the main semantic aspect of the media image of language in the examined newspaper texts of the 21st century is the aspect “language and education”.