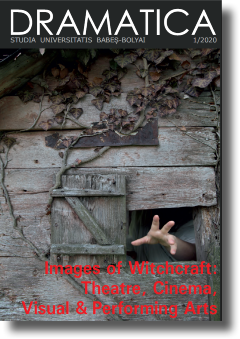 Summary/Abstract: The relationship between humoralism and literature has been broached by many critics, often in the lovesickness or in the melancholic-as-genius aspect. Yet, barring a few individual cases, there has been no general study linking witches with humours in the seventeenth century English dramatical corpus. The present study attempts to fill this gap by identifying the medical or demonological treatises that influenced playwrights’ representations of witches. Witches bodies are better understood by taking into account Thomas Laqueur’s theory of the one-sex body, following the transformation of fluids into one another which is characteristic of their fundamental imbalance. Firstly, milk turns into gall inside witches-mothers rejecting their motherhood, then into blood inside witches feeding familiars in a distorted image of motherhood. The absence of blood in amenorrhoeic witches is shown as a reccurent cause for their melancholy which has physiological and psychological consequences, in particular a licentiousness that makes witches seek blood in its semen form. Black bile is thought to be the devil’s humour, yet in the Weyer-Bodin controversy theoreticians do not agree on whether witches are melancholic women suffering from hallucinations or real agents of the devil. On the other hand, plays ascribe either physical or emotional causes as well as symptomes coherent with a melancholy disease to witches, and playwrights use symbolical representations of melancholy on stage. In conclusion, it is difficult to establish a typology of such representations, given that each witch is uniquely composed with a particular playwright’s understanding of humoralism, often conflating several distinct ideas.