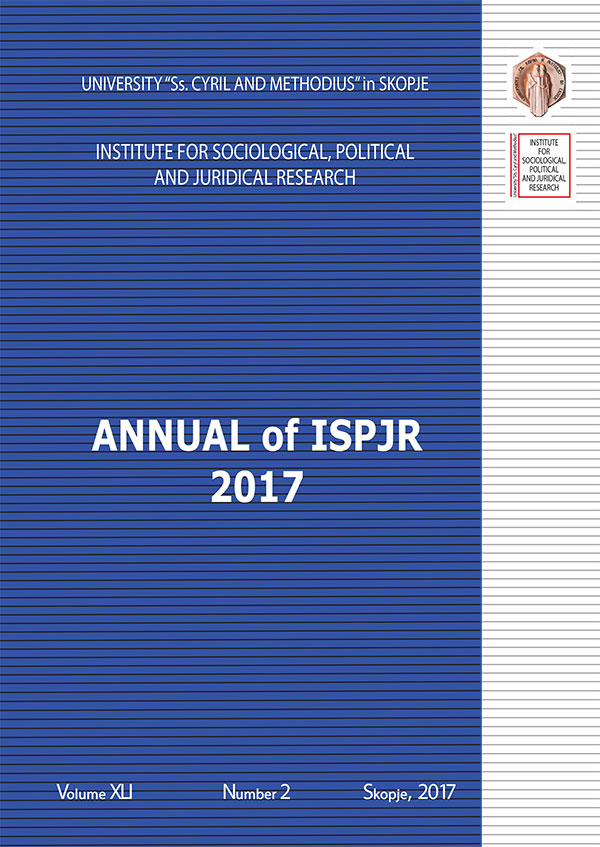 Summary/Abstract: The multicultural context of Southeastern Europe existed even in the beginning of the XX century. The historical implications were present much earlier, but the political turbulences in the last hundred years have changed the demographics and the social landscape as well. This part of Europe faced various types of migrating implication. The ethnocentrism as a poisoning appearing in these types of movements is a very important issue. The European so-called “pillar” countries are covering the migration routes with the political aspects and leaving the multicultural policy unjustified and practically useless. The national coordinates of the newborn countries in the beginning of the XXI centuries are starting the unlikely process of nationally constitution of the land. The migrating processes are practically the emerging of the “age of ideologies” to the “age of culture” and the nationwide streams would be very soon replaced with the cultural diverse environment. The ethnos is not a practical category and it doesn’t secure any mechanism of coexistence. The multicultural concept is also the new understanding of the freedom and the articulating of the cultural differences into the proper legislatives will change the landscape of the Southeastern Europe and will relax the irrational tensions. The role of the media is exceptional in these hard but very productive processes. The migrating waves in the end of the second decade of the XXI century will not bring another economic crises and inevitable poverty, the civic concept and the multicultural character of these countries will open a new range of possibilities. The inclusiveness is not a burden, it’s a new kind of mutual life. This paper is trying to reconsider some experiences and theoretical approaches where the crossroads of the migrations and multiculturalism lead us – circling or to the future prosperity.