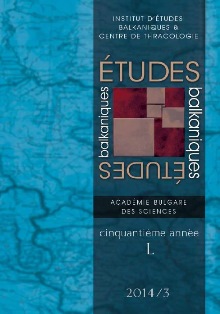 Summary/Abstract: Bulgarian State joined the family of the nations after Byzantium adopted Christianity. In view of his military successes, Simeon commenced calling himself Basileus (i. e. Emperor of the Bulgarians and Romans). In Constantinople, his son Peter was recognized as Basileus of the Bulgarians only after Charlemagne became Emperor. The title was recognized in Byzantium, while in Bulgaria the ruling title was still Tsar, occasionally with the addition of Autokrator (from the Greek autokrator) to mark the independence. Under the Assenid dynasty, the restored Bulgarian Kingdom was somewhat diffident in manifesting ruling power. Kaloyan succeeded in being recognized by Pope Innocent III as “the Emperor of Bulgarians and Wallachians”. In 13th – 14th c., the Assenid dynasty had not renounced the title Tsar or Tsar and Autokrator. It was still encountered in the Bulgarian books of the Ottoman period. The closing point was when Prince Ferdinand proclaimed Bulgaria (1908) Kingdom in the old capital of Tarnovo.