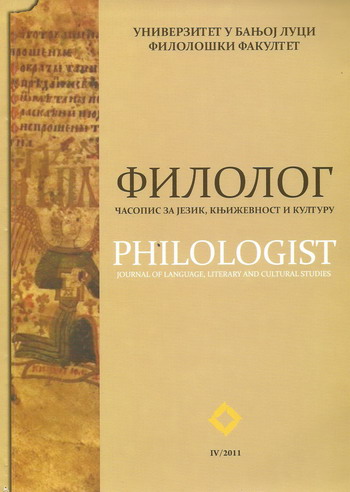 Summary/Abstract: That there is no fixed point but point(s) of origin is the point of origin of this essay that begins with a play on the word gram. It could be the Derridean gramme or Chomskyean grammar. It could also be “language-game” meant to bring Wittgenstein into the conversation. I used Alfred Hitchcock’s statement on psychoanalysis taken from the 1945 classic “Spellbound” as a point of “origin” for the discussion on grammar. The statement concentrates on the “origins” of the problems of the mind that psychoanalysis hopes to cure. In using Hitchcock, more of artist of language than a language-theorist, I problematize the idea of origin itself; whether it ought to come from a serious-minded philosopher like Freud - the so-called “right” source or a secondary source such as Hitchcock playing with the Freudean idea of psychoanalysis through his narrative. The origin of discussion thus turns out to be a false start. It serves a purpose in showing the apparent nature of the text that psychoanalysis is a construction like any other discourse that dominated Western philosophy from Plato to the present. Yet origin must exist in the literal sense of the term. Freud did off er psychoanalysis as a form of therapy to open the text to meaning - in this case, the text is the human mind itself. In the process, psychoanalysis itself is a multifaceted text that becomes a stage for the entrance of the gram. The idea is to show philosophy as a narrative; the narrative dimension of philosophy and philosophy itself as a form of narration. From a Derridean perspective, the point of origin is a null, which opens the text to diverse readings. It is both the anarchy of the text as well as silence at the heart of language.