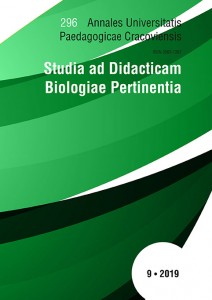 Summary/Abstract: Neurodegenerative diseases are characterized by progressive loss of nerve cells in specificareas of the nervous system. Until now, it has not been clearly defined which mechanismis responsible for the death of nerve cells in neurodegenerative diseases, but as the resultsof research indicate, apoptosis is responsible for this process. The death of neurons causesdisturbances in the functioning of the nervous system. The process of nerve cell degenerationis accompanied by the appearance of pathological changes resulting from the aggregationof misfolded proteins. Studies indicate that disruption of the balance between productionand degradation of misfolded proteins causes an increase in their concentration, andconsequently, aggregation leading to the development of neurodegenerative diseases suchas Alzheimer’s, Parkinson’s and glaucoma. As it results from the presented data on the shareof selected microelements in maintaining intracellular oxidation-reduction balance, they canshow a protective effect, protecting cells against oxidative stress.