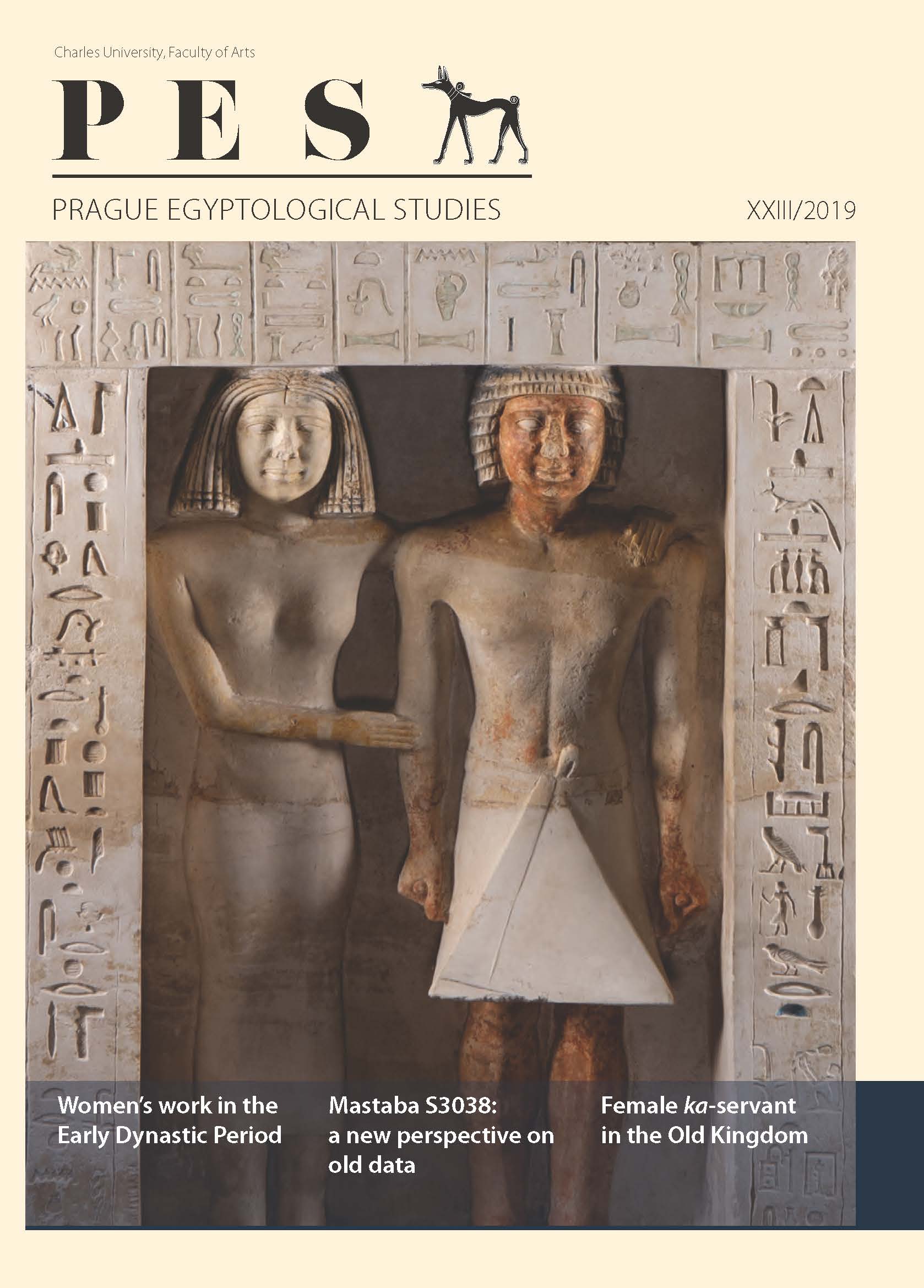 Summary/Abstract: This article presents some preliminary results of the excavation in the sacred animal necropolis at the Bubasteion in Saqqara. This work examined the rock façade further west of the New Kingdom cemetery that was uncovered previously by the French mission in the eastern part of the site. Several tombs were discovered during this excavation, four of which date to the Old Kingdom. One of these tombs, which belongs to a lector priest, Wahty, is beautifully decorated with reliefs and statues. Another of these tombs was built by the overseer of the builders of the Great House, Khufuemhat. In addition, three New Kingdom tomb-chapels were uncovered, all of which were largely unfinished. In the debris that covered the site, much archaeological data was obtained and many objects were discovered, dating to the period between the Old Kingdom and New Kingdom. These included canopic jars, scribal palettes, pottery jars, headrests, etc. During the Late Period, the site was used as part of the sacred animal necropolis associated with a temple of Bastet built in this area. These tombs were used to bury cats. In addition, many various Late Period artefacts were found on the site, such as limestone and wooden coffins for scarabs, wooden and bronze statues of cats that represent the goddess Bastet, many amulets in the shapes of various gods, but also, for instance, fragments of papyrus. The work on the site still continues and in the near future more data and objects are expected to appear.