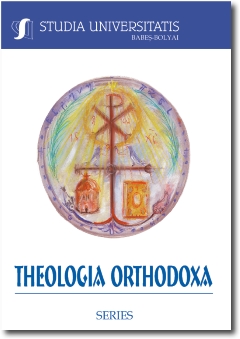 Summary/Abstract: Aspects in Eastern and Western iconography of Saints Joachim and Anna. This iconographic study was dedicated to Saints and the priests Joachim and Anna, who enjoyed the divine birth of the Mother of God. The work was divided into two parts. The first part of the depicted tradiţonal elements, knowing that fact about them as Mary's birth and we have no data contained in Scripture but in the Holy Tradition. In the next part we find out that the Christmas feast is dedicated to this cult and their respective September 9 the two saints Joachim and Anna, 9 December conception of the Virgin, July 25 Death of St. Anna, for the Orthodox Church and 26 July in the Roman Catholic Church. If the cult of St. Joachim is mentioned as early as the fourth century, in terms of that of St. Anne he owes faithful medieval piety. The second part of their figures not only surprised but also scenes or significant compositions, representative for Eastern and Western Area. To this end we have illustrated the events of the life of Joachim and Anna by two characteristic monuments dating from the Chora Monastery Church XIV of Constantinople and today Istanbul Cappella Scrovegni in Padua dell due painter Giotto di Bondone. The register of subjects in both examples compoziţional may be similarities, while the playing space and the human type is a fundamental difference. If Chora mosaics from Byzantine canon remain anchored in good influences that come from ancient Greek painting, from Giotto emphasis is on playing three-dimensional space, movement and naturalism. The choice surprised by the fact that the Chora is the most consistent and well represented the Virgin of Byzantium temmatologie childhood, Giotto and the first comprehensive narrative plastic and Western art, the protagonist is the default Joachim and Anna.