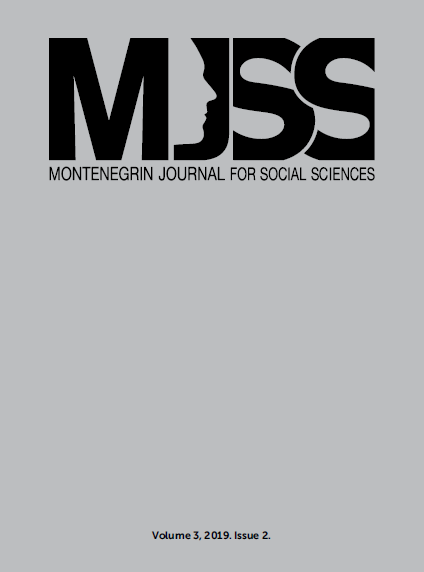 Summary/Abstract: A territory that is colloquially called Sandzak represents one of those South Slavic regions that remained under Ottoman rule for the longest time. Merely in 1912/13, the northern part of this territory became part of Serbia and southern part of Montenegro. Then commence and the mass migration of Sandzak Bosniaks to Turkey (untill 1923, the Ottoman Empire), which lasted until the late 1960s. Migrations led to the emergence of a strong Bosniak-Sandzak diaspora in that country. However, its number is not really known. Due to that, there are numerous speculations and even those that calculate with millions of immigrants. The paper, using primarily the data from the Yugoslav censuses from 1921 and 1971, and insight into the demographic growth of Bosniaks in Bosnia and Herzegovina as well as the growth of the Turkish population we tried to determine the approximate number of Sandzak Bosniaks in Turkey. Primarily the number of those who had emigrated between the two censuses i.e. their descendants.

Prostorno-demografski rezultati srpske velikodržavne agresije u Bosni i Hercegovini krajem 1992. THE SPATIAL-DEMOGRAPHIC RESULTS OF GREAT SERBIAN AGGRESSION IN BOSNIA AND HERCEGOVINA AT THE END OF 1992o 2009 Hrvatska politika unutar Bosne i Hercegovine u kontekstu deklarativnoga i realnoga prostornog opsega Hrvatske zajednice / Republike Herceg-Bosne Croatian Politics in Bosnia and Herzegovina in the Context of the Declarative and Realistic Spatial Coverage of the Croatian Community / Republic 2009 Oblik državnog uređenja Bosne i Hercegovine po Cutileirovom planu (18. ožujka 1992.) međunarodne zajednice International Community Polity Proposal for Bosnia and Herzegovina according to Cutileiro’s Plan (March 18, 1992) 2009 Doprinos vladajućih bosansko-hercegovačkih stranaka izbijanju rata u Bosni i Hercegovini The Contribution of Ruling Bosnian and Herzegovinian Political Parties to the Outbreak of War in Bosnia and Herzegovina 2011 Etnički i politički identitet Splita do početaka novoga vijeka Split's Ethnic and Political Identity until the Beginnings of the New Age 2012
2021 © CEEOL. ALL Rights Reserved. Privacy Policy | Terms & Conditions of use
ICB - InterConsult Bulgaria ver.1.5.2301