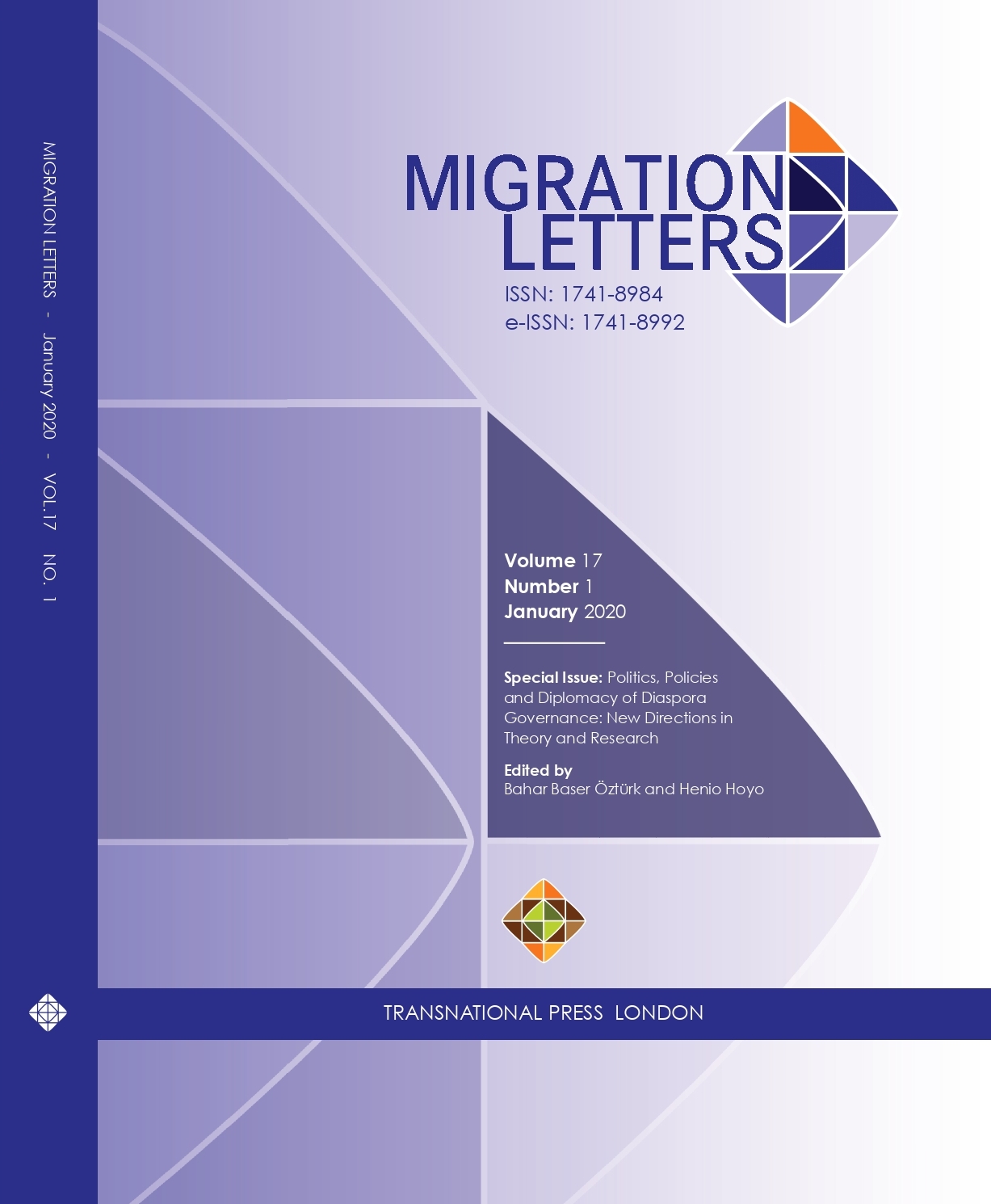 Summary/Abstract: Transnational activities of refugees in the Global North have been long studied, while those of the Global South, which host the majority of displaced people, have not yet received adequate scholarly attention. Drawing from refugee studies, transnationalism and diaspora studies, the article focuses on the emerging transnational practices and capabilities of displaced Syrians in Turkey. Relying on qualitative data drawn from interviews in Şanlıurfa – a border province in south-eastern Turkey that hosts half a million Syrians - the paper demonstrates the variations in the types and intensity of Syrians’ transnational activities and capabilities. It describes the low level of individual engagement of Syrians in terms of communicating with relatives and paying short visits to the hometowns as well as the intentional disassociation of young refugees from homeland politics. At the level of Syrian grassroots organisations, there have been mixed engagement initiatives emerging out of sustained cross-border processes. Syrians with higher economic capital and secured legal status have formed some economic, political, and cultural institutional channels, focusing more on empowerment and solidarity in the receiving country than on plans for advancement in the country of origin. Institutional attempts are not mature enough and can be classified as transnational capabilities, rather than actual activities that allow for applying pressure on the host and home governments. This situation can be attributed to the lack of political and economic security in the receiving country as well as no prospects for the stability in the country of origin. The study also concerns questions about the conceptual debates on the issue of refugee diaspora. Whilst there are clear signs of diaspora formation of the Syrian refugee communities, perhaps it is still premature to term Syrians in Turkey as refugee diaspora.