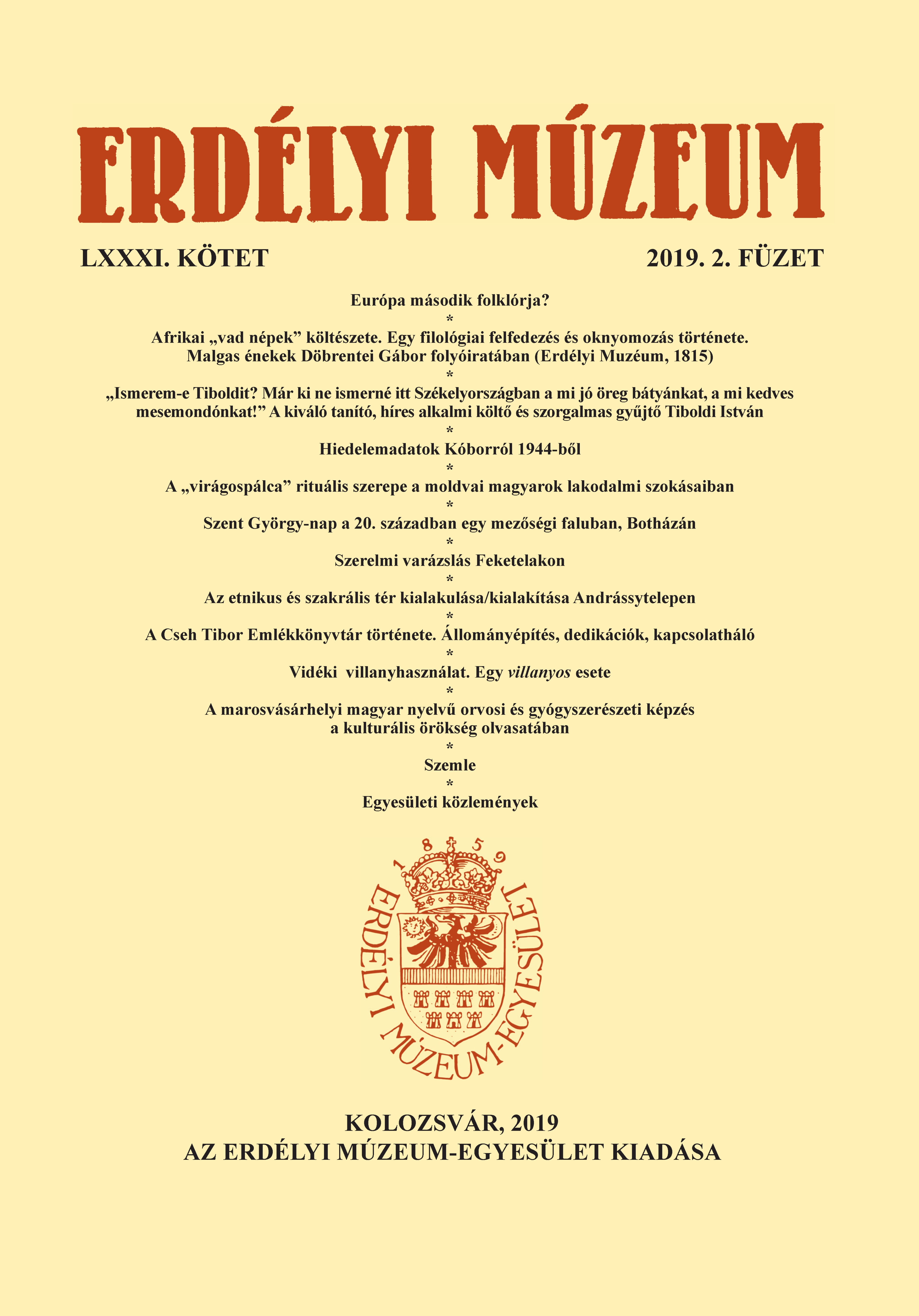 A History of a Philological Discovery and Investigation. Malgasy Songs in Döbrentei Gábor’s Magazine (Erdélyi Muzéum, 1815)

Summary/Abstract: To the best of our knowledge, the first African folklore publications in Hungarian can be found in the communication by Gábor Döbrentei („Songs of Wilds”, 1815). The source of these translations of poems is a mixed volume by French poet Evariste de Parny, which includes Malgas folk songs amidst other various contents (1787). These folk songs are recorded by J. G. Herder in the new edition of his famous folk song collection, Volkslieder (1807). From these German versions, Döbrentei selects four texts for translation, and three more from an anonymous translator. He also writes an introduction to the poems, which although echoes the findings of Herder, nevertheless it is of particularly importance because these are the first Hungarian folkloristic-related ethnological reflections about the cultures and verbal traditions of peoples living outside Europe at the early stages of social development. After reviewing contemporary sources, relevant specialized literature, and analyzing the translations of the Malgas poems, this study provides an overview of the humble corpus of African folklore texts that enter into the blood circulation of Hungarian culture between 1815 and 1945.