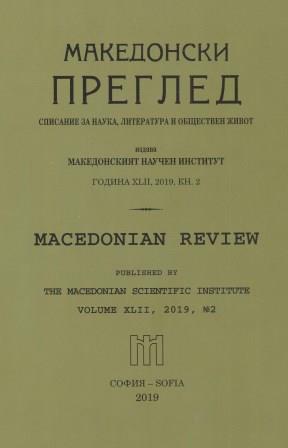 Summary/Abstract: The dissemination of European education by Catholic schools is one of the main tools for the imposition of prevailing cultural influence of France in the Ottoman Empire. This western country pursued active politics in the Orient from the mid-nineteenth century until the Balkan Wars (1912–1913). With the financial and political support of France, the Lazarists managed to build a well-functioning network of educational institutions in Macedonia. An important role in establishing the French cultural influence in the European provinces of the Ottoman Empire was played by the Bulgarian Catholic High School of the Resurrectionists in Adrianople and the Female School of the Sisters of St. Joseph in Plovdiv. Schools of missionaries and nuns contributed to the education of a large number of local children. Many Bulgarian officers, physicians, and public figures who were actively involved in building the Bulgarian state that gained political independence in 1878 were graduates of the elite secondary school of the Resurrectionists in Adrianople.