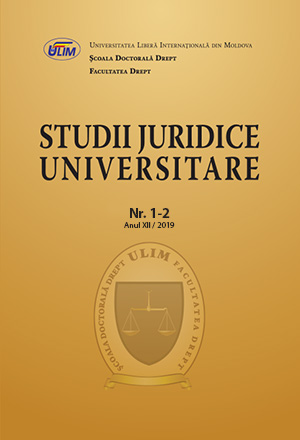 Summary/Abstract: This article examines the issue of the status of individual in private international law, but also the methods of solving conflicts of laws in the field of inheritance, as nowadays, an international succession debate presents a serious difficulty, first of all in terms of conflict of jurisdiction and conflict of law, as the countries of the world are characterized by an extraordinary diversity of local laws and rules of applicable laws. The international succession as a field of civil law presents several varieties of national solutions. With the advent of the European Economic Community, the issue of unifying the legal framework for cross-border inheritance has increased, which has led to the adoption of Regulation (EU) No.650 / 2012 of the European Parliament and of the Council of 04.07.2012 on jurisdiction, applicable law, recognition and enforcement of decisions and acceptance and enforcement of authentic instruments in matters of succession and on the creation of a European Certificate of Succession. Thus, the law of succession at the level of the European Union has begun to develop and raise the question of unifying the European normative framework in the field of cross-border inheritance.