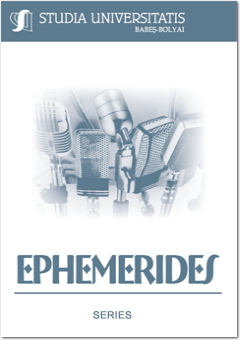 Summary/Abstract: In December 2019, Romania celebrates 30 years of liberty, after the fallout of communism, as a result of the revolution which started on December 16, 1989. This paper aims to draw the evolution of the cult of personality in the Scanteia newspaper, through analysis of its three important steps: the beginning, the highest level, and the downfall. Also, it was conducted a detailed discourse analysis, so the subtleties of the language were revealed, which were essential for the evolution of the cult. The articles were analyzed in detail, to observe the descriptions and the prases given to the Romanian president. The analysis also focused on the days after the start of the revolution and the fall of communism, in order to compare the articles about Nicolae Ceausescu.