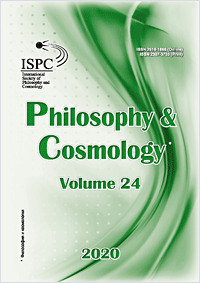 Summary/Abstract: Discovering today diversity of extraterrestrial cryogenic objects, as well as the large range of scales and rates of cryogenic processes, undermines the conventional views of cold in the classical terms. The classical approach of natural sciences that study different cryogenic objects and processes separately is giving way to the apprehension of the cold world as a self-evolving complex system,with a great variability of its constituents in the scale of the Universe. In this respect, we discuss the methods and conceptual basis of the terrestrial and extraterrestrial cryology in terms of a new science called cryosophy. Cryosophy studies the role of cold in the origin and evolution of life and heat-mass interactions in the world. It addresses the key features and principles of the evolution of the cryosphere and uses both classical (for simple physical and chemical systems) and synergetic (for complex and living systems) approaches, as well as information logistic methods that generate knowledge aboutknowledge. Studies of cold date back to the ages of ancient Greek natural philosophy, which flourishedbetween the 7th and 4th centuries BC. Unlike Greek natural philosophy, which pretended to be a universal syncretic science, cryosophy is a kind of integrator, which attracts different fields of knowledge relatedto the cold world and builds a framework for its ontology. The properties of ice can be summarized ina model of a multi-function system with six main components plotted in the scales of space (ice as aphysical system and a natural material), energy (ice as a pysicochemical system and a phase state),and time (ice as a system of information and control). The concept of cryodiversity covers multiplebiotic and abiotic complex systems, such as cryophilic bacteria that live in permafrost, atmospheric precipitation, gas hydrates, etc. Cryodiversity also refers to cryogenic effects in the extraterrestrial space, which have been increasingly more widely investigated since the middle of 20th century. The evolution and properties of the cryosphere in different planets or other celestial bodies make part of the basic knowledge indispensable for the future exploration of the Universe