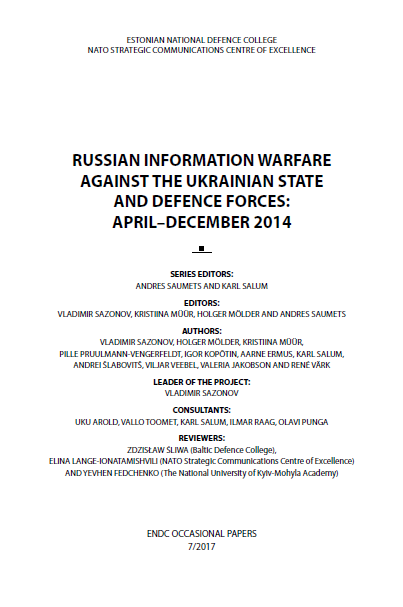 Summary/Abstract: The propaganda war plays a growing role in the confrontation between Russia, Ukraine, and Western countries. However, the criteria and definitions of success in this war have been in constant development during the last two years of the confrontation. The central activities of are based on the same concepts – the demonization and deterrence of the adversary, the legitimisation of one’s own activities to the general public, and the mobilisation of the population and promotion of political elites.