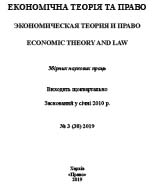 Summary/Abstract: This scientific work tackles the young people’s problem on the labour market in the Republic of Moldova and the European Union. Young people represent that category of the labour force that has the most difficulties in entering the labour market. Due to the demands, sometimes exaggerated by the employers, the period of transition from school to the professional life of young people can last a longer time period which can lead to discouraging young people. However, the employment rate of young people is the lowest in relation to the other age categories of the employed population. At the same time, the youth unemployment rate is higher compared to other age categories. Under these circumstances, it is compulsory to develop policies to support young people that would aim to reduce unemployment among them and increase the employment rate.