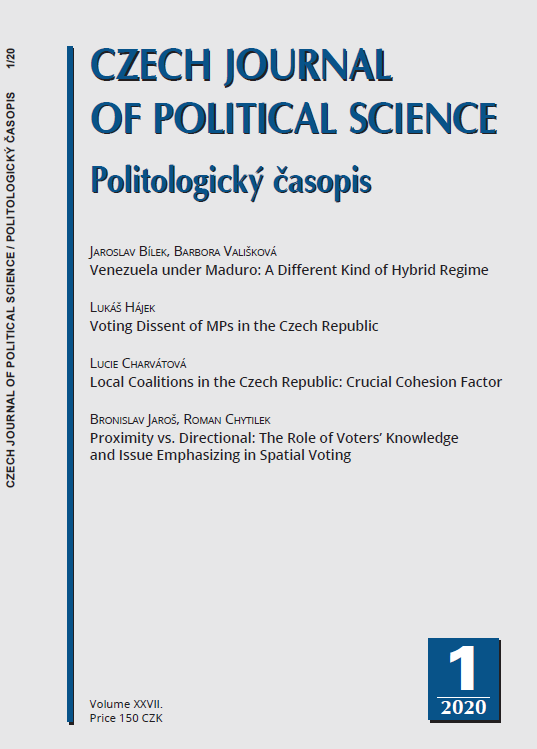 Summary/Abstract: During the local election period 2014–2018, the Czech Republic experienced a previously unseen surge in governing coalition breakdowns at the level of municipal administration. Judging by the election results, these numerous coalition crises were caused primarily by the weakening of established parties, which appeared unready to fight the appeal of the ANO 2011 party. The failure to maintain and establish internal and external political networks in more than half of coalitions took its toll mainly on the economic and infrastructural development of the affected cities. The purpose of this article is to present an exploratory comparative analysis of Czech statutory cities that avoided, survived or succumbed to a coalition breakdown in the defined election period. The fact that ANO 2011 links all the cases of breakdown supports a general assumption that both its intra-party organization and inter-party coalition behaviour lack the necessary cohesion to last in a coalition government. ANO 2011 emerges from the analysis as an uncooperative party true to its anti-system and anti-party rhetoric, with an extremely high fluctuation of ambitious representatives and extremely low tradition of political conformity, respect for hierarchy and coalition loyalty at the municipal level.