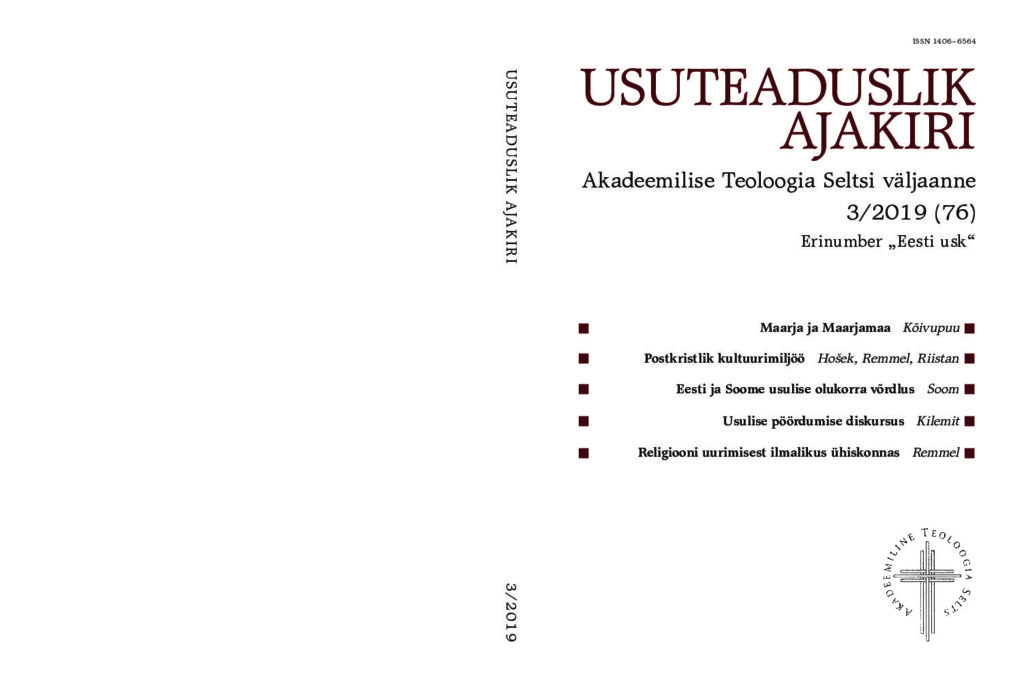 Summary/Abstract: According to studies, both Czechia and Estonia are among the least religious countries in the world. Instead of using any of the secularization theories, the current study opts for the concept of a Post-Christian cultural milieu to explain this situation. The study compares key facets of Czech and Estonian cultural and social history that, while different in some respects, are remarkably similar to each other. In both cases it can be said that during the process of building a national cultural identity in the 19th century the prevalent forms of Christianity were seen in opposition to emerging national self-awareness. Later historical developments thoroughly reinforced these ideas. The resulting Post-Christian cultural milieu can be described as a specific European version of secularity.