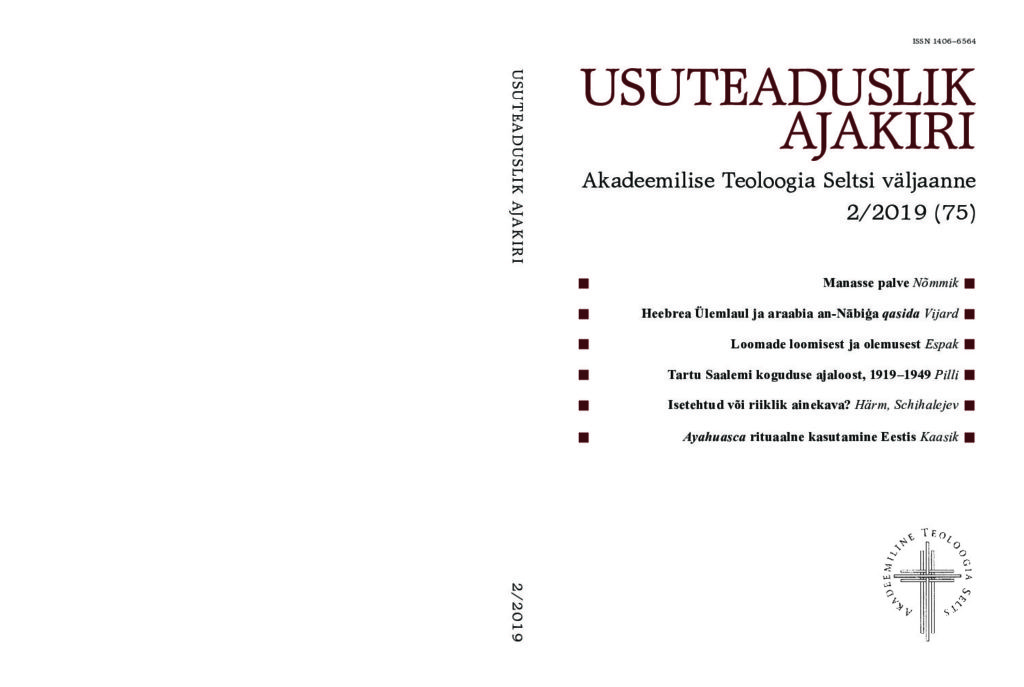 Summary/Abstract: This article, covering the years 1919–1949, focuses on the early development of Tartu Saalem church, a community which officially began in 1919 as a group of revivalist believers who found it hard to fit into the existing ecclesial landscape. In the 1930s, the church joined the Union of Estonian free revivalist believers, and in 1946, under Soviet pressures, merged with a local Pentecostal church, and joined the Union of Evangelical Christians-Baptists.The movement was from being a closed community towards careful cooperation with other churches, from authoritative leadership towards ways of collective decision making. However, strong leaders, such as Johannes Joonas and Paul Himma, played an important role all through the years under investigation. After 1946 the Saalem church entered a phase of relatively balanced spirituality, with a less emotional style of public prayer and a desire to be rooted in Biblical teaching. Using archive materials the author also gives an account of this free church’s relations with the state.