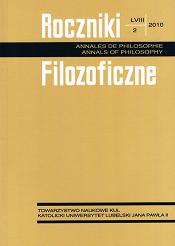 Summary/Abstract: Leibniz intended to create a lingua characteristica universalis, a language, in which all knowledge (expressiveness) could be recorded, and a calculus ratiocinator, a method that would make it possible to define in a calculational manner the truth of any sentence in this language. Such an idea is at the basis of contemporary logic. With respect to the correctness of the equipment and of programs such an idea is at the foundations of logical methods of verification of software systems. Today we can see that a further development of informatics indeed depends on the progress of research in logic, and logic – this ancient discipline – has found a rich field for investigations; it has gained new perspectives for studies. Its applications may have a significant practical dimension that philosophers have never dreamed about.